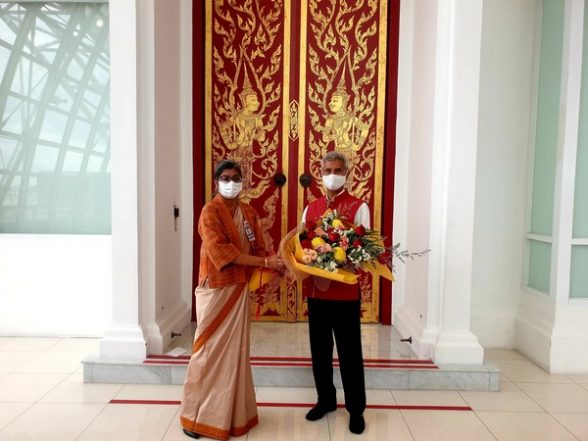 Get latest articles and stories on World at LatestLY. External Affairs Minister S Jaishankar on Tuesday arrived in Thailand to attend the 9th India-Thailand Joint Commission Meeting as both the nations celebrates 75 years of establishment of diplomatic relations. 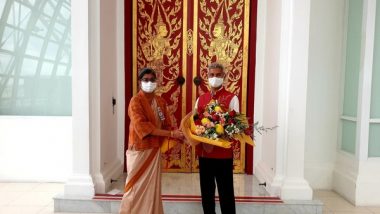 "Ambassador of India to Thailand Suchitra Durai welcomes Hon Minister of External Affairs @DrSJaishankar who is visiting Thailand for the 9th India-Thailand Joint Commission Meeting. India & Thailand are celebrating 75 years of establishment of diplomatic relations," the Indian embassy in Thailand said in a tweet.

Also Read | Russia Warns of Direct Military Clash With US, Says 'America Acts With No Regard to Security and Interests of Other Countries'.

"Began my visit to Thailand by meeting the Indian community. Shared with them the achievements and aspirations of New india. Welcomed their enthusiasm to contribute to India's progress. Thank India Thai Chamber of Commerce (ITCC) for organising the event," wrote Jaishankar.

The 8th Joint Commission Meeting (JCM) between India and Thailand was held on 10 October 2019, New Delhi. The Indian side was led by Jaishankar and the Thai side was led by Don Pramudwinai, Minister of Foreign Affairs. The JCM was preceded by Senior Officials' Meeting held on October 9, 2019.

The Ministers had a restricted bilateral meeting, which was followed by delegation level talks. During the meetings both sides reviewed the progress made in all areas of bilateral relationship, including political, defence and security, economic and commercial, connectivity, cultural, tourism and people-to-people ties.

Both sides noted that India and Thailand are close maritime neighbours having historical and cultural linkages. In the contemporary context, India's 'Act East' policy is complimented by Thailand's 'Look West' policy.

During the meeting both sides noted that bilateral trade has grown by 20 per cent last year and the investment is also growing. Both sides decided to hold the next meeting of Joint Trade Committee to discuss ways and means to enhance trade and investment.

The Ministers also discussed ways to enhance connectivity between the two countries including in the areas of physical and digital connectivity. They also identified areas for cooperation in the field of agriculture, science & technology, space, human resource development, capacity building, information technology etc.

The Ministries exchanged views on regional and multilateral issues of mutual interest, including cooperation in ASEAN, IORA, BIMSTEC, MGC, UN and other sub-regional and international organizations.

The understandings and decisions of the JCM were concluded in the form of Agreed Minutes of the Joint Commission, which were signed by the two Ministers. Both Ministers also witnessed the signing of MOU between the Foreign Service Institute(FSI), Ministry of External Affairs, India and Devawongse Varopakarn Institute of Foreign Affairs (DVIFA), Ministry of Foreign Affairs, Thailand.

Thailand is the Chairman of ASEAN for 2019 and also country Coordinator for India-ASEAN Strategic Partnership for 2018-21. (ANI)

(This is an unedited and auto-generated story from Syndicated News feed, LatestLY Staff may not have modified or edited the content body)

PUTT APPLAUDS THE STATE OF OKLAHOMA ON ENFORCEMENT OF THE...

There's nothing special about democracy in US

Your leaders’ skills gaps are bigger than you think 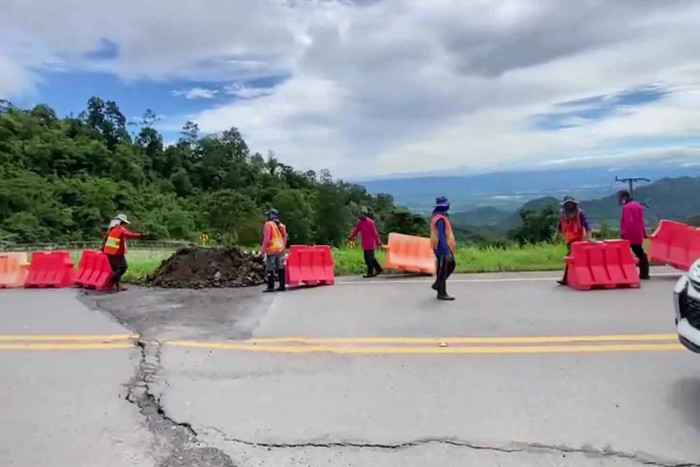 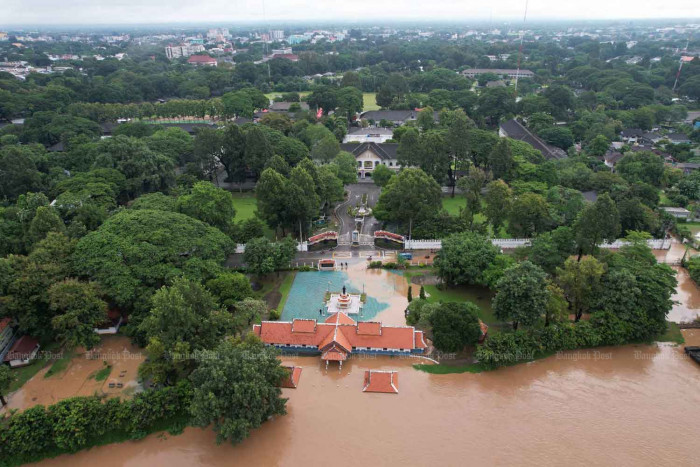 Flooding was expanding in the heart of Chiang Mai as the overflowing Ping River... 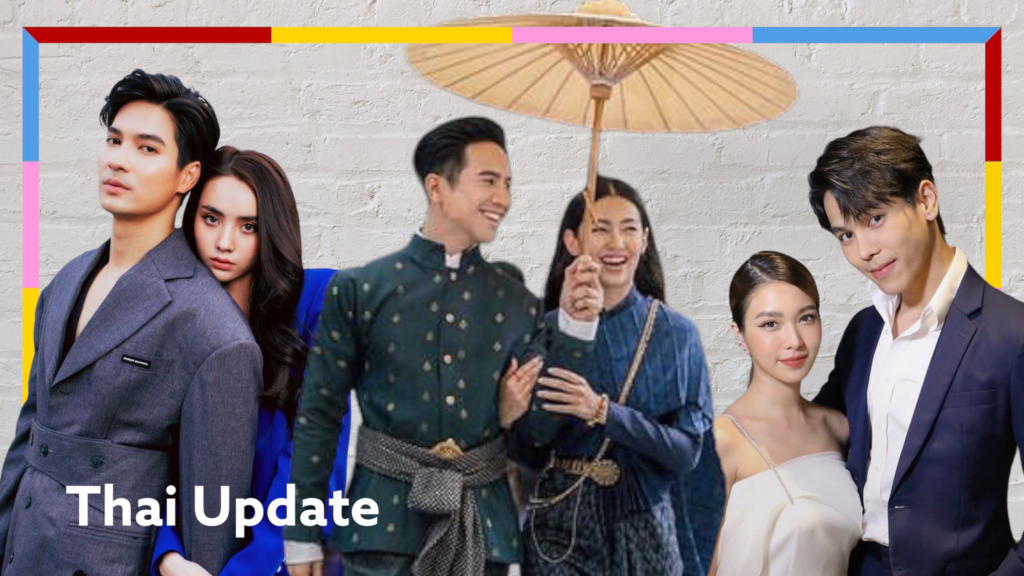 The Most Favorite Thai Drama Couple of 2022 – Final 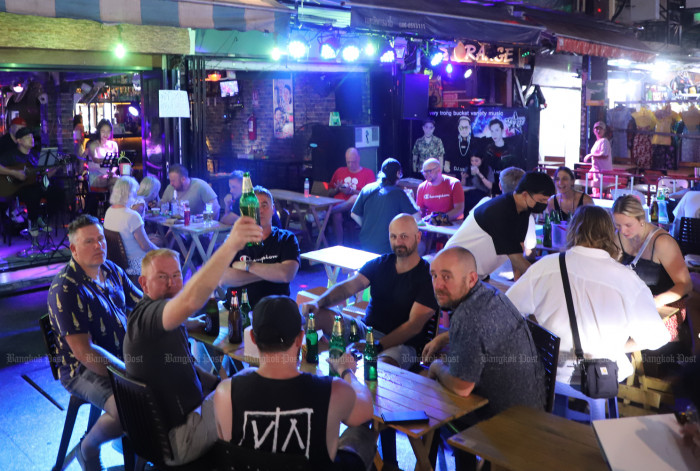