Where did Buddhism get its reputation for peace?

When teaching an undergraduate class on "Buddhism and Violence", I usually start by asking students to rank religious groups in the order of how many followers they have in the British army. Typica 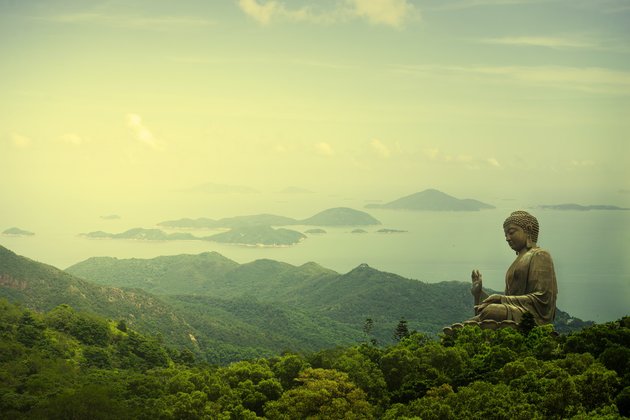 When teaching an undergraduate class on "Buddhism and Violence", I usually start by asking students to rank religious groups in the order of how many followers they have in the British army. Typically Christians are at the top of students' lists and Buddhists at the bottom. This reflects an unconscious bias many of these students have regarding Buddhism - they assume that all Buddhists are peaceful and that a Buddhist isn't likely to embrace a career that may well involve violence at some point. So they're always surprised to find out that there are more Buddhists in the British Army than Muslims and Sikhs put together - despite the relatively small number of Buddhists in Britain. But why do so many people in the west associate Buddhism with peace? According to historian Professor Jonathan Walters , the roots lie with colonialism and Christian missionaries. In encountering different beliefs among colonised peoples, missionaries adopted a strategy of framing other religions in such a way that Christianity could be presented as superior and attractive. In their eyes Islam was too aggressive and focused on strict adherence to rules. Buddhism was too other-worldly, pacifist, and passive to the point of stagnation. Christianity was placed in the Goldilocks spot between the two. The framing still has serious traction and leads to a certain cognitive dissonance when, for example, Buddhists make the headlines for the wrong reasons. Avoiding "onslaught on living beings" and instead cultivating loving-kindness towards them is at the heart of Buddhist ethics; it's the first of five moral precepts , and the one that you have to take if you opt to take any of them at all. The Buddha discouraged violence and counselled kings to find alternative ways of resolving problems. Selling weapons is considered an inappropriate livelihood for a Buddhist . Buddhist violence But Buddhists have been involved in violent conflicts pretty much since the religion first emerged. Justifications for such actions have typically been based on defending the Dharma (the Buddhist teachings), occasionally demonising or dehumanising the enemy to make it less karmically wrong to kill them. A particularly uncomfortable example of this is found in the fifth century Sri Lankan quasi-mythological Mahavamsa chronicle , in which monks reassure a king that out of the millions he'd just slaughtered only two were Buddhists and the others were more like animals than humans. When it comes to "Buddhist violence", as with any perceived religious conflicts, religion is only one factor in a complex situation. Often ethnic identity is the real issue - it just happens that one of the ethnic groups in question has historical Buddhist affiliations, the others do not. At one point the Sri Lankan conflict of 1983-2009 saw three different civil wars playing out at once, as much as anything along ethnic and political lines: Sinhalese vs Tamils, Sinhalese extremists vs the Sinhalese government, and the Liberation Tigers of Tamil Eelam vs other Tamil militant groups. While it was not as simple as Buddhists, Muslims, and Tamil Hindus fighting each other, the conflict nevertheless saw the rise of Jathika Chintanaya or "Nationalist Thought" which promoted an exclusively Buddhist vision for Sri Lanka which is influential today in organisations such as the Bodu Bala Sena ("Buddhist Power Force"). Tensions between Buddhist and Muslim ethnic groups in Rakhine State in Myanmar spilled over into riots in 2012 and eventually led to the displacement of more than 700,000 Rohingya Muslims to neighbouring Bangladesh. While it explicitly describes itself as non-violent and not responsible for these events, the Buddhist nationalist 969 Movement has nevertheless stoked anti-Muslim sentiments in Myanmar and framed Muslims as a threat to national identity. It's important to note, meanwhile, that these nationalist movements do not speak for all Buddhists - lay or monastic - in either Sri Lanka or Myanmar. Buddhist monks actually bore arms and fought in the Korean defence against Japanese invasions of the late 16th century . While military service is not prohibited in Buddhist texts, a soldier's life is considered problematic because of the likelihood of dying in battle, psyched up for killing and fixated on violence. Ideally, a Buddhist wants to die with a calm mind which is more likely to be attracted to a positive rebirth. A violent mind could lead one to Buddhism's realms of hell. It's not only war and external threats that provide examples of Buddhist violence. Corporal punishment was a feature of the pre-modern Tibetan legal system. In 1997 three Tibetan monks were murdered in Dharamsala - the police linked the suspects in the case to an ongoing controversy within Tibetan Buddhism. Thailand retains the death penalty, last using it in 2018. Peaceful at its core At the end of the class I always fear that students will fixate on the more sensationalist and violent material covered: that one extreme view will replace another. However, the pacifist stereotype of Buddhism is not without foundation. Witness the Dalai Lama's continued opposition to violence when it comes to the issue of Tibetan independence, the peace activism of Vietnamese monk Thich Nhat Hanh , or the efforts of Navayana ("Ambedkarite") Buddhists in relation to social justice in India, lifting millions of Dalits out of the structural violence of the "caste" system. But then Buddhism is at least as internally diverse as Christianity or Islam - and, as such, we should be wary of making generalisations. After all, few Christians would like the perception of their religion to be based solely upon images of the the Quakers or of the Westboro Baptist Church . Author: Nick Swann - Lecturer in Buddhist Studies, University of South Wales
Read More