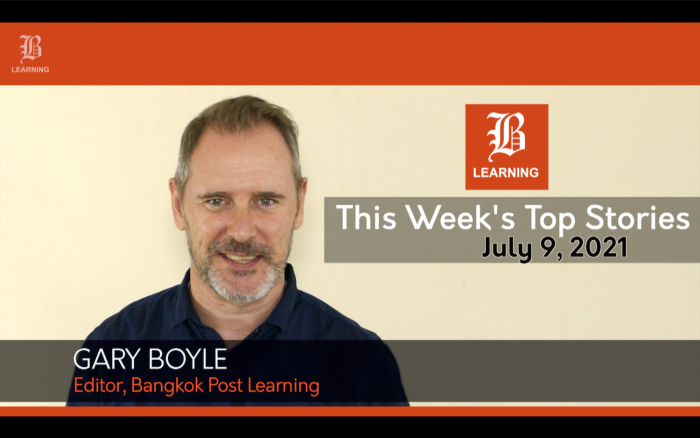 One rescuer was killed and more than 60 people injured in an explosion and fire at a chemical factory in Samut Prakan.

Firefighters took more than 24 hours to douse the fire, which affected at least 80,000 people.


The cause of the explosion is unknown.


The government is set to impose tougher measures to slow the rising rate of Covid-19 cases, including restricting people's movements.


A minister said the new measures will be as tough as those enforced in April last year.

The first Covid-infected tourist was found in the Phuket Sandbox scheme .


The man, from the United Arab Emirates, arrived in a tour group, which is now in 14-day quarantine.

Prime Minister Prayut Chan-o-cha has gone into self-quarantine for 14 days. He was in close contact with a person who later tested positive for coronavirus during the reopening of Phuket.


Check out Learning's new Live Stream on our Facebook page.


Join Trainer Ben to chat live about this week's biggest stories every Tuesday at 4.30pm.