The return of police checkpoints, a football tragedy, Myanmar and Covid vaccines 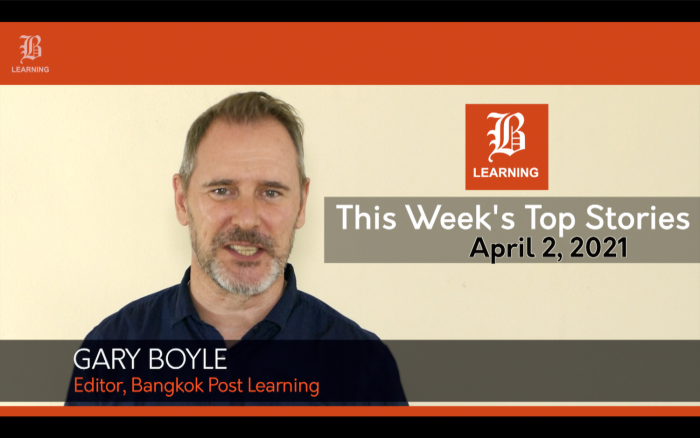 Learning Video VIDEO: This Week's Top Stories April 2 published : 2 Apr 2021 at 13:01 writer: Gary Boyle The return of police checkpoints, a football tragedy, Myanmar and Covid vaccines Police checkpoints were back on roads nationwide from April 1. Police had suspended checkpoints in October last year until transparency of the checks could be ensured. A 12-year-old boy was killed and five others injured by a lightning bolt in Surat Thani. The lightning struck while the boys were playing football. Miss Grand International Myanmar 2020 Han Lay on Wednesday begged for help for her people and country. She said the Myanmar army, who staged a coup on Feb 1, should stop using violence against its own people. The government plans to distribute the Covid-19 vaccine this month to some groups across the country. They will launch "Mor Prom" next month, a phone app that lets people book their Covid-19 vaccines . Vocabulary beg : to ask somebody for something especially in an anxious way because you want or need it very much - อ้อนวอน, ขอร้อง checkpoint : a place where people are stopped and questioned and vehicles are examined, especially at a border between two countries - ด่านตรวจ coup : the seizure of power in a country by a group of people, usually members of the armed forces - รัฐประหาร lightning bolt : a sudden flash of lightning in the sky, appearing as a line - แสงแปลบปลาบของฟ้าแล็บ suspend : to stop for a period of time - ยกเลิกชั่วคราว, ระงับชั่วคราว transparency : an honest way of doing things that allows other people to know exactly what you are doing - ความโปร่งใส vaccine : a substance which contains a form that is not harmful of a virus and which is given to a person or animal to prevent them from getting the disease which the virus causes - วัคซีน violence : physical force with the deliberate intention of causing damage to property or injury or death to people - ความรุนแรง, การใช้กำลังทำลาย Do you like the content of this article?
Read More

Curfew to be lifted