NEW YORK: The three largest US drug distributors have agreed to pay up to $1.18 billion to the state of New York over their role in the opioid crisis, the state's top prosecutor announced Tuesday. 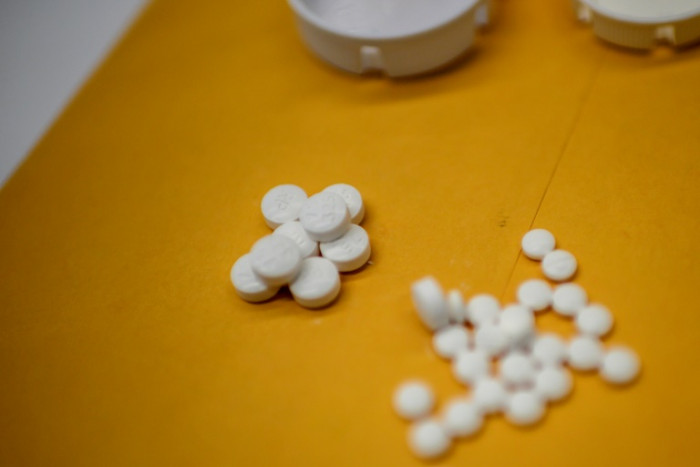 The opioid crisis has killed more than half a million people in the United States.

NEW YORK: The three largest US drug distributors have agreed to pay up to $1.18 billion to the state of New York over their role in the opioid crisis, the state's top prosecutor announced Tuesday.

The settlement by McKesson, Cardinal Health and Amerisource Bergen comes as another, larger settlement between the three distributors plus pharmaceutical giant Johnson & Johnson and numerous US states and local governments is reportedly close to being reached, according to US media.

That settlement, in the works since October 2019, could be as high as $26 billion, according to anonymous sources quoted by The New York Times.

The agreement announced Tuesday by New York attorney general Letitia James is the largest obtained so far by the state of New York, which has been particularly aggressive in the pursuit of companies accused of having contributed to the opioid crisis.

"For more than two decades, the opioid epidemic has wreaked havoc on countless communities throughout New York and across the rest of the nation, killing hundreds of thousands of our friends and family members and addicting millions more," James said in a statement.

"And over the course of these past two decades, McKesson, Cardinal Health, and Amerisource Bergen distributed these opioids without regard to the national crisis they were helping to fuel," she said.

"But today, we're holding them accountable and delivering more than $1 billion more into New York communities ravaged by opioids for treatment, recovery, and prevention efforts -- bringing the statewide total our office has negotiated in the last month alone to more than $1.6 billion."

The deal allows the three distributors, dominant powers in the US healthcare industry, to withdraw from an ongoing jury trial in the state over the crisis.

They had been charged with earning huge profits by pushing highly addictive prescription opioids like Oxycontin that cost local authorities billions of dollars for social services in dealing with the fallout from the epidemic.

According to US media reports about the broader settlement, $21 billion would come from the three distributors over a period of 18 years, with another $5 billion paid by Johnson & Johnson over nine years.

That would make it the most expensive deal ever accepted by the pharmaceutical industry.

Without confirming the amount of $26 billion, lawyers in charge of negotiations for the plaintiff states said Tuesday that a national deal was at hand.

"We are very optimistic that we can get the final terms released in a matter of days," they said in a statement.

James had already announced in late June a $230 million settlement with Johnson & Johnson, also allowing it to escape the trial.

The aggressive promotion of highly addictive painkillers from the mid-1990s onwards is seen by many as the trigger for the opioid crisis, which has killed more than half a million people in the United States.

Major laboratories -- starting with Purdue, currently in bankruptcy, Johnson & Johnson, Teva, Allergan and Endo -- are the subject of civil lawsuits, as well as the main American distributors, pharmacy networks and doctors.

The crisis has worsened during the pandemic, with more than 93,000 people dying from overdoses, often linked to opiates, in 2020, according to statistics published last week.

PTT revenue set to drop by over 10%

Pandemic to nearly wipe out growth in developing Asia in...