WASHINGTON - A federal appeals court heard arguments Monday over a law banning transgender athletes from competing in girls' and women's sports, an issue that has become highly politicized in the United States. 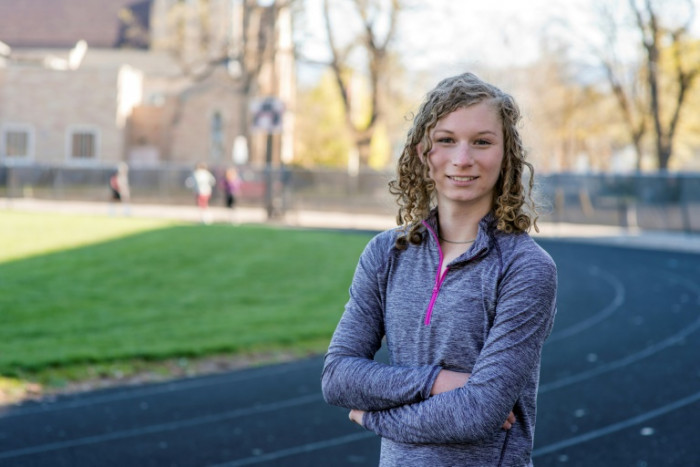 World US appeals court hears arguments on transgender sports ban published : 4 May 2021 at 08:45 writer: AFP Lindsay Hecox is the plaintiff in a case before a federal appeals court challenging an Idaho law that bans transgender athletes from competing in girls' or women's sports WASHINGTON - A federal appeals court heard arguments Monday over a law banning transgender athletes from competing in girls' and women's sports, an issue that has become highly politicized in the United States. Three judges of the 9th US Circuit Court of Appeals in California examined the case challenging a law passed last year in the western state of Idaho. Idaho was the first US state to pass legislation banning transgender athletes from taking part in girls' or women's sports, but similar bills are at various stages in around 20 other Republican-ruled states. The plaintiff in the landmark case is Lindsay Hecox, a 20-year-old transgender student-athlete at Boise State University who is barred by the law from competing on the women's track and field team. But after a district court blocked the Idaho bill, sending it to the appeals court in California, cisgender track athlete Madison Kenyon signed on as a party in the case, to ask that the law be upheld. "Women's sports exist precisely because there are real, physical differences between the sexes," her lawyer Christiana Holcomb, with the conservative group Alliance Defending Freedom, told the virtual court hearing Monday. "Males naturally have insurmountable athletic advantages over females" that cannot be undone by treatment to reduce levels of the muscle-building hormone testosterone, she argued, in support of a blanket ban. "These physical differences mean that it is unfair to force young women to compete against biological males." However, Hecox's lawyer said Monday that testosterone levels are "the primary driver of athletic performance differences between men and women," and that the Idaho bill had used a deliberately "narrow" definition of biological sex for its blanket ban. The Idaho law would "exclude trans women and girls -- and only trans women and girls -- from sports altogether," as forcing them to compete as boys would "be so substantially disruptive to who they are" it would "violate the core of their being." The Idaho law, which applies to female teams at public schools and colleges, allows anyone to play for male teams. - 'Just isn't fair' - Ahead of Monday's appeals court hearing in Pasadena, California, former Olympic champion Caitlyn Jenner added her voice to the debate. Jenner, who won a gold medal in the men's decathlon at the 1976 Summer Olympics and came out as a woman in 2015, said she was opposed to letting transgender girls take part in girls' sports. The 71-year-old Jenner, who is currently running for governor of California, said it was a "question of fairness." "That's why I oppose biological boys who are trans competing in girls' sports in school," Jenner told TMZ. "It just isn't fair. And we have to protect girls' sports in our schools." Jenner supported Donald Trump's candidacy in the 2016 presidential election and is running as a Republican for governor in the state's recall election. The LGBTQ group Equality California denounced Jenner's comments as political posturing. "Here are the facts: @Caitlyn_Jenner is willing to sacrifice the health & well-being of #trans kids to win votes," it said. The "fairness" argument advanced by Jenner has been the one used in Idaho and other states, and it has fractured the country along political lines. The Trump administration had supported the Idaho ban, but the law is being opposed by the government of Democrat Joe Biden. - 'One of them' - Chase Strangio, a lawyer for the civil rights group the ACLU, which is fighting against the ban, earlier described it as part of a "nonstop attack on trans kids." "This is very much a solution in search of a problem," Strangio said. "We have trans kids already experiencing so much discrimination." A coalition of athletes has rallied behind Hecox, the student at Boise State University who is the plaintiff in the case. They include former tennis champion Billie Jean King, Megan Rapinoe of the World Cup-winning US women's soccer team and WNBA star Candace Parker. "What I want to do is just run, have a team, have friends on the team just supporting me," Hecox said in a video released by the ACLU. "I am not trying to take away girls' scholarships or trophies or places. "I just want to be one of them. I am one of them." Do you like the content of this article?
Read More

Europe's clubs caught between a financial pit and hallowed grounds

NASA hits Boeing with 80 recommendations before next space...