LONDON - The UK government on Sunday called for the immediate release of a British-Iranian woman after her five-year sentence for sedition ended in Tehran. 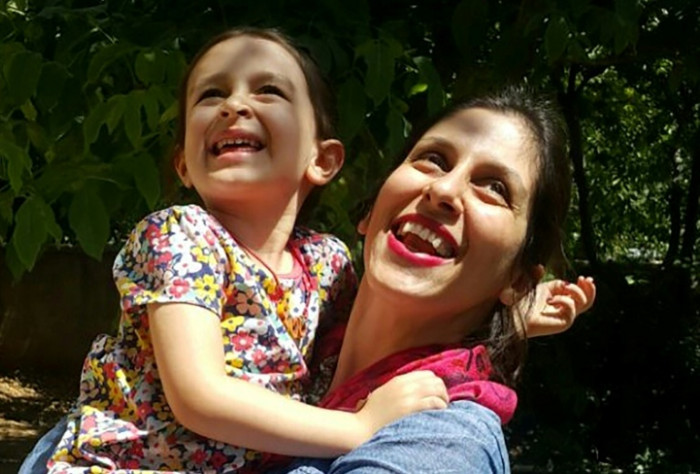 World UK calls on Iran to release dual national after sentence ends published : 7 Mar 2021 at 20:45 writer: AFP Nazanin Zaghari-Ratcliffe with her daughter Gabriella LONDON - The UK government on Sunday called for the immediate release of a British-Iranian woman after her five-year sentence for sedition ended in Tehran. Nazanin Zaghari-Ratcliffe, who has been under house arrest for months, has had her ankle tag removed, her local MP in London said. But the 42-year-old dual national now faces another court date in Iran next Sunday, dashing hopes from her family, friends and colleagues of an immediate return home. British Foreign Secretary Dominic Raab said the government in London welcomed the fact she was no longer electronically tagged. But he called her treatment by the authorities in the Islamic republic "intolerable". "She must be allowed to return to the UK as soon as possible to be reunited with her family," he wrote on Twitter. - 'Drag on and on' - Zaghari-Ratcliffe was detained in Iran in 2016 and convicted of plotting to overthrow the regime in Tehran -- accusations she strenuously denied. But her case, and those of other dual nationals, became the centre of a diplomatic dispute during the five years she has been separated from her husband, Richard, and their young daughter. Richard Ratcliffe told the BBC on Saturday that the case has the potential to "drag on and on", and predicted she would face a new court case. She had been summoned last September before an Iranian court and notified of a new indictment against her. But the authorities have yet to provide details of why nor disclose documents on the charges on which she was originally sentenced. Ratcliffe said his wife, who was working for the Thomson Reuters Foundation at the time, was being held hostage because of a long-running diplomatic dispute between London and Tehran. London has admitted it owes Iran up to pound sterling300 million ($390 million) over a failed arms deal dating back to the time of the shah of Iran in the 1970s. MP Tulip Siddiq said Zaghari-Ratcliffe's first trip without her ankle bracelet would be to see her grandmother, but it was not immediate clear if she is under any other restrictions. In Iran, the news agency ISNA quoted Hojjat Kermani, who was described as her lawyer, as confirming his client's ankle tag had been removed. He also confirmed that she would face further allegations of "propaganda against the system" at a revolutionary court on March 14. Do you like the content of this article?
Read More

Racing under starters orders on road to redemption

Global stocks mixed as WHO warns of worsening virus