There is little hope of attracting Chinese travellers to Thailand under the sandbox scheme during Golden Week in October as long as the country continues to report more than 2,000 new infections per day, says the Association of Thai Travel Agents (Atta). 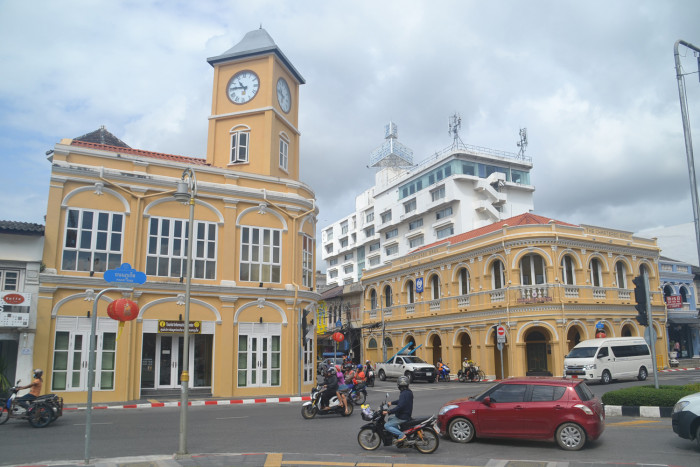 Business Third wave stymies plan to lure Chinese published : 9 Jun 2021 at 09:35 newspaper section: Business writer: Narumon Kasemsuk Phuket, one of the country's top tourist destinations, has an ambitious plan to reopen to the world on July 1. (Bangkok Post photo) There is little hope of attracting Chinese travellers to Thailand under the sandbox scheme during Golden Week in October as long as the country continues to report more than 2,000 new infections per day, says the Association of Thai Travel Agents (Atta). The group said vaccine diplomacy by China and the US may also affect the tourism situation. In addition to the ongoing third wave in Thailand, southern Chinese metropolis Guangzhou imposed strict travel restrictions to curb the Delta Covid virus first detected on the mainland, said Atta president Sisdivachr Cheewarattanaporn. "We can assume the Chinese government will prioritise safety, extending a 21-day quarantine for those returning to China from overseas," he said. After detecting the first case on May 21, Guangzhou imposed a rigid lockdown against the spread of the Delta variant, which is known as a highly transmissible strain. Even Phuket's quarantine-free tourism scheme for inoculated travellers is unlikely to lure Chinese to book vacations on the island if they have to spend a half-month in isolation at home, said Mr Sisdivachr. Most Asian nations are struggling with the epidemic and have little confidence in tourism, preferring to wait until the fourth quarter to consider overseas trips. "However, it is necessary to test the reopening scheme in Phuket because tourism operators are in dire need of such a mechanism. It might not produce a fruitful outcome in the early stages, but at least we can try to survive," he said. Mr Sisdivachr said another factor to watch is the vaccine diplomacy competition between the US and China, as both try to gain influence over Southeast Asian countries. The political stance of Thailand towards such diplomatic policies is important to monitor as it might affect international relationships and travel exchange policies in the future, he said. "Everything is about politics, including vaccines and tourism," said Mr Sisdivachr. Meanwhile, Atta is preparing to propose two preventive measures for future crises in the tourism sector to Phiphat Ratchakitprakarn, the tourism and sports minister, at a meeting today. Mr Sisdivachr said a sustainable method to prevent tourism operators from shutting down involves having a specific fund for the industry, as the pandemic has shown a spotlight on the critical problem of financial access, particularly for small businesses. The government should help establish a fund worth 10 billion baht minimum to provide necessary loans to tour operators, a model similar to Village Funds that are allocated to rural areas, he said. When the tourism industry resumes, operators repay the loan with interest, helping the fund grow long-term without government support. Keywords Chinese tourist Do you like the content of this article? (66)
Read More

Thai restaurants on thin ice despite return of alcohol...

Get a grip on bullying