The race to invest in Indonesia

Indonesia is seeking to spur much-needed investment in infrastructure projects to revive its pandemic-battered economy with the launch of a sovereign wealth fund. 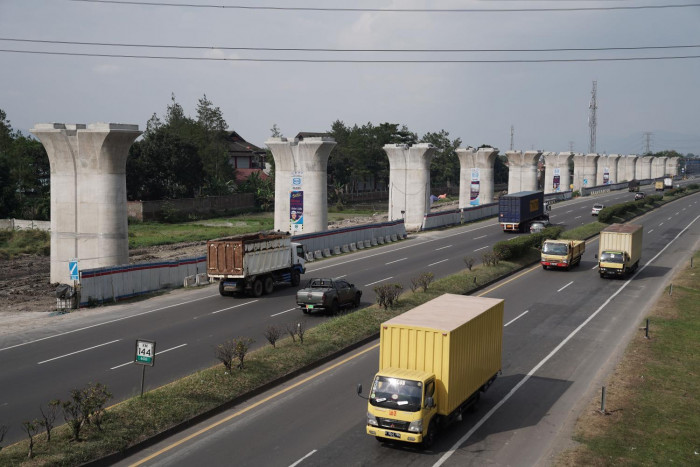 Business The race to invest in Indonesia Sovereign wealth fund set up to finance infrastructure and spread development across the archipelago. published : 22 Feb 2021 at 12:30 newspaper section: Asia focus writer: Ismira Lutfia Tisnadibrata Indonesia is seeking to spur much-needed investment in infrastructure projects to revive its pandemic-battered economy with the launch of a sovereign wealth fund. The government got the ball rolling last week with a pledge to inject up to US$5.3 billion in initial capital between now and the end of the year. Some of the priority projects include the construction of toll roads, airports and seaports, which could open more access to less-developed regions, especially on the eastern part of the archipelago. This would help spread development more evenly instead of having it concentrated on the main island of Java on the western part of the archipelago. "The priority will be the infrastructure sector. We have a lot in the pipeline although we can't disclose them yet. The toll road projects will be the first ones and other projects will follow suit," Ridha Wirakusumah, head of the Indonesian Investment Authority (INA), said in an online briefing on Feb 16. Mr Wirakusumah was named the head of the new fund agency, while its board consists of seasoned professionals in the finance sector. "We will make sure that those projects can really bring good returns for us and also for our co-investors," he said, adding that what the agency will be managing is a capital fund instead of loan funds. It will seek to attract foreign and domestic investors to work together in funding and accelerating the infrastructure development projects. Finance Minister Sri Mulyani Indrawati, who is on the agency's supervisory board, said President Joko Widodo had instructed her to ensure good governance at the agency to prevent it from encountering the same fate as 1Malaysia Development Berhad (1MDB). The Malaysian wealth fund was looted of about $4.5 billion by associates of former prime minister Najib Razak, who is on trial in connection with the scandal. The INA sovereign wealth fund was established following the enactment of a controversial omnibus law, known as Job Creation Law in November. Vigorously opposed by labour groups, the law represented a sweeping reform of a system that investors complained was laden with bureaucracy and made the investment climate in Indonesia unattractive. "With the establishment of the INA, we will reduce the gap between our domestic funding capability and the funds required for development projects," President Widodo said. "INA will be a strategic partner for domestic and foreign investors, so that there will be enough funding for our development programmes, especially the national infrastructure projects." According to the Indonesian Investment Coordinating Board (BKPM), more investment projects last year targeted locations other than Java, including in some eastern provinces, as a result of improved infrastructure availability in the region. In the fourth quarter of last year, the value of investment projects outside Java reached 113.4 trillion rupiah ($8.1 billion), or 52.8% of the national total, with the remaining 47.2% worth of projects in Java. For the full year, investment realisation outside Java was slightly higher at 417.5 trillion rupiah, while in Java it was 408.8 trillion. BKPM chief Bahlil Lahadalia said the figures showed that foreign and domestic investors were no longer concentrated in Java, with investors now factoring in the availability of infrastructure in regions other than the country's most populous island in supporting their projects. "We had an increase in investment realisation, notably FDI, in the fourth quarter of 2020 in locations such as North Maluku and other eastern Indonesian regions," he said in January. "This is an indication that foreign investors are ready to conduct business in regions that were previously not perceived as potential investment destinations." Overall, the agency reported a 2.1% rise in investment realisation of domestic and foreign projects to 826 trillion rupiah, from 809 trillion in 2019, despite the contraction caused by the pandemic. The figure slightly surpassed the initial target of 817.2 trillion rupiah, with domestic direct investment contributing more than foreign commitments. But economists say the target-beating figure did not really reflect the reality on the ground. "It was mainly due to investment licences being issued. It is now much easier to submit applications for investment permits, and there is a fiscal incentive for investors who regularly report their investment realisation progress," said Andry Satrio Nugroho, an economic researcher at the Institute for Development of Economics and Finance (Indef). Singapore remains the top source of foreign direct investment, accounting for $9.8 billion worth of projects, or 34.1% of overall FDI. However, this reflects that fact that the neighbouring city-state is a funding hub for many of the 15,088 projects earmarked for Indonesia last year. China came second with $4.8 billion, followed by Hong Kong ($3.5 billion), Japan ($2.6 billion) and South Korea ($1.8 billion). Mr Nugroho of Indef said Indonesia was not seeing as many investment benefits from China as it might have expected, as China's recovery remains limited and the economy there is not yet back to prime pre-pandemic levels. The pandemic will remain a stumbling block in achieving economic revival this year despite a national vaccine drive to inoculate 181 million people out of Indonesia's 270 million population in order to reach herd immunity. President Widodo has expressed confidence, however, that the coronavirus vaccine will be the "game changer" to revive the economy. "The limited vaccine availability to meet our big national demand could pose limitations for us to procure enough vaccine for the next three years," said Indef director Tauhid Ahmad "The government needs to make sure that we will really have enough vaccines within this year. If it is too late, our economic recovery goals will just remain a dream." Do you like the content of this article?
Read More

Sport and sexism in Japan

Cambodia to lose $3bn in revenue from tourism sector

Thai Airways to nominate board members to execute rehab

The son of disgraced former government official, Banyin Tangpakorn, has denied any...

SONGKHLA: And the winners are...all of you.

Riot police ended a protest by a small group of demonstrators who tried to occupy...

SURAT THANI: Mu Koh Ang Thong has been declared the national park with the best...

With COVID-19 threatening an already vulnerable population, Katz has rolled up his...

… from this month's Thailand Open, Japan's Badminton … were preparing to depart...