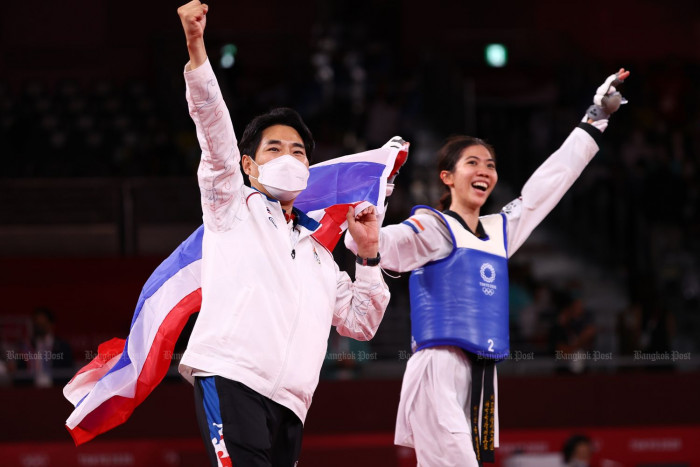 Panipak, nicknamed Tennis, trailed the Spanish 9-10 with nine seconds to go when her last two shots gave her two points and the 11-10 win.

Netizens called what happened in the nine seconds a miracle , which not only gave Thailand the first gold medal at the Tokyo Olympics but also the first ever for the Taekwondon Association of Thailand.


Panipak, 23, won the bronze medal in the Olympics in Rio De Janeiro five years ago.


She almost quit after returning home from her Olympic debut in Brazil but returned to training after a two-month break.