… 's debt-rehabilitation programme. THAI's PR department has … been backed by 2,000 THAI employees on the online petition … the plan or its administrators. THAI insists the rehab plan was … 13,000 creditors in total. THAI's creditors will meet … 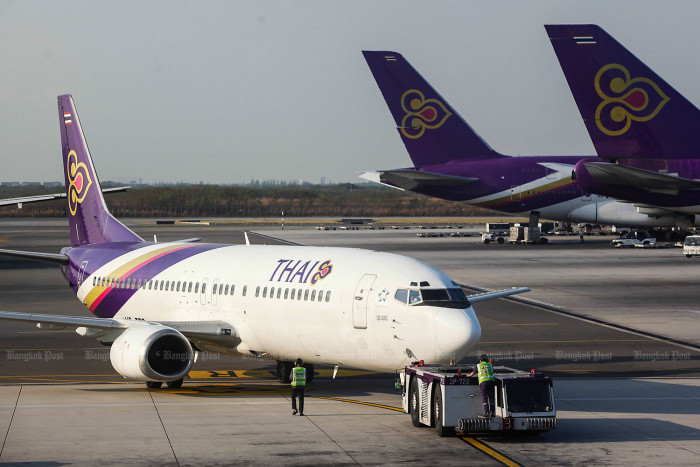 Business THAI, union at odds over survival plan published : 4 May 2021 at 04:00 newspaper section: News writer: Post Reporters Thai Airways International Plc (THAI) is in a dispute with its labour union over who should act as administrators and execute the company's debt-rehabilitation programme. THAI's PR department has announced that its rehabilitation managers have nominated its independent director, Piyasvasti Amranand, and the company's second vice chairman, Chakkrit Parapuntakul, to execute the survival plan. However, the ailing flagship carrier's labour union has also written to Prime Minister Prayut Chan-o-cha to recommend Pirapan Salirathavibhaga for the job, since the Finance Ministry is the airline's majority shareholder and therefore has a say in key appointments. The union's recommendation has been backed by 2,000 THAI employees on the online petition platform Change.org. although the union has not explained why it prefers Mr Pirapan over the other candidates. Any changes to the candidate line-up needs to be made before the airline's creditors meet on May 12 to decide on the rehab plan. Only creditors eligible to vote on it are authorised to amend either the plan or its administrators. THAI insists the rehab plan was designed with creditors and the company's financial rehabilitation in mind. It says it is ready to resume operations as soon as its rehabilitation plan is given the go-ahead by creditors and the Central Bankruptcy Court and when curbs on flights due to the Covid-19 pandemic have been loosened. In early March, the company submitted its rehabilitation plan to the Legal Execution Department, covering debts amounting to about 410 billion baht and 13,000 creditors in total. THAI's creditors will meet next week to vote on the rehabilitation plan and if the majority of creditors vote in favour, it will be forwarded to the Central Bankruptcy Court for consideration, said acting president Chansin Treenuchagron. Keywords Thai Airways aviation Do you like the content of this article? (2)
Read More