Thailand's culture is spreading around the world 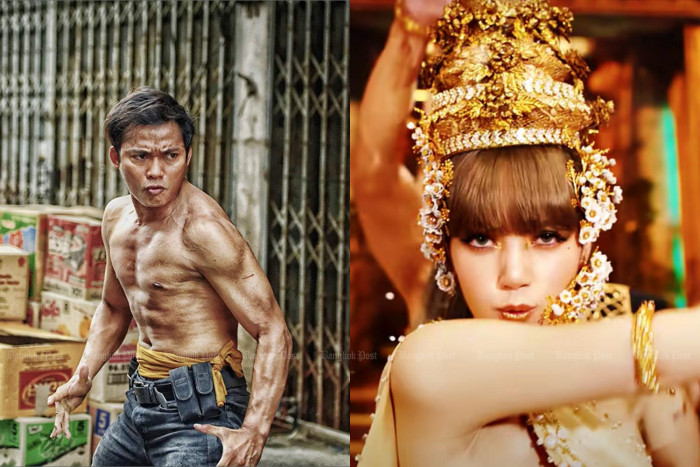 Thailand's culture is spreading around the world

Test Yourself is where you can improve your reading skills. Whether it’s for tests like University Entrance Exams or IELTS and TOEFL, or even just for fun, these stories help you to read, understand and improve your English.
You can download a PDF and audio for this story below. Read the following story by Eric E Surbano from Bangkok Post’s Guru Magazine . Then, answer the questions that follow.


Search for "Thai restaurants near me" in a foreign country and you'll find a list of places you can go. There are a few award-winning Thai restaurants outside of Thailand like Farang London, which has a Michelin award. There are also restaurants that have made a name for themselves in the country and outside, like Somtum Der, which serves Isan goodness in Bangkok, New York and Tokyo.


Director Apichatpong Weerasethakul has flown the Thai flag with films like Uncle Boonmee Who Can Recall His Past Lives , which won the Palme d'Or at the 2010 Cannes Film Festival. Classic films like Ong Bak and Tom Yum Goong with martial artist Tony Jaa proved that Jackie Chan wasn't the only Asian actor with insane stunts. There's also the movie Bad Genius , which gained international acclaim because there's nothing like a movie about cheating at exams, right?


Commercials have proven that Thai humour is something people outside Thailand also enjoy. But it's not just humour. Heartstrings have been pulled and many tears have been shed over Thai commercials with many people wondering just what they're watching in the first few seconds. As for commercials that give you a good cry, look no further than the Thai Life Insurance YouTube channel where they have all their heart-warming/heart-wrenching commercials.


Thai stars have been on the rise in the last few years thanks to TV shows and movies being watched internationally and certain stars being part of a girl group that's a global hit.

Chicha "Kitty" Amatayakul has become a well-known actress in more recent times thanks to her portrayal of Nanno in Girl From Nowhere . Another famous actress that's made the international rounds is the Thai-Belgian Davika Hoorne, and let us not forget Lalisa "Lisa" Manoban. Thanks to her MV, the traditional headgear we usually see in Thai dances has now become a pop icon.


Section 1: Write the correct answer in the space provided.

1. Which restaurant has branches in Thailand and overseas? …………….

Section 2: Read the following passage. Then, fill in the blanks with the correct words from the choices given.

Hollywood has …7… the film and TV scene for decades but there's …8… a shift due to streaming services …9… Netflix. Content from everywhere is now …10… to everyone.

12. a piece of cloth that has a pattern that shows it represents a country  ……………

14. a person or thing that is widely admired or is a symbol of something …………