The Serpent, a Netflix crime drama series, was set in Bangkok in the 1970s. But where was it filmed? 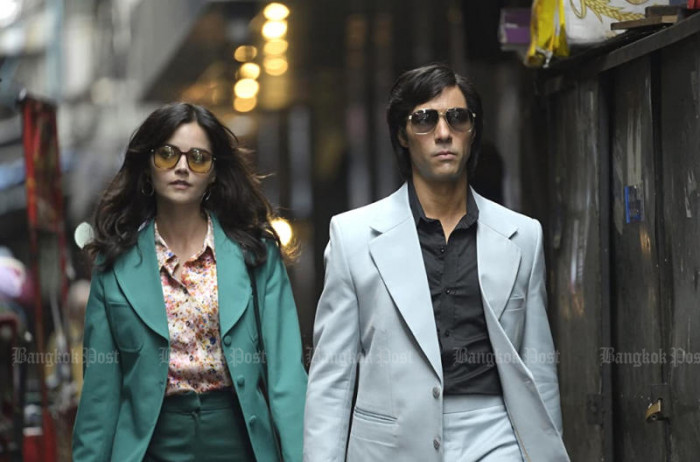 Learning Test yourself TEST YOURSELF: A killer story published : 6 May 2021 at 15:03 writer: Gary Boyle Photo © BBC One and Netflix The Serpent, a Netflix crime drama series, was set in Bangkok in the 1970s. But where was it filmed? Test Yourself is where you can improve your reading skills. Whether it’s for tests like University Entrance Exams or IELTS and TOEFL, or even just for fun, these stories help you to read, understand and improve your English. Download a PDF and audio for this story below. Read the following story by Karnjana Karnjanatawe from the Bangkok Post . Then, answer the questions that follow. The Serpent is based on the true story of serial killer Charles Sobhraj who lived in Bangkok. He is called the Serpent because he uses drugs to poison his victims before robbing or killing them. He had a partner who was in love with him and helped him commit the crimes. The victims were Western backpackers. It is believed that Sobhraj killed at least 20 tourists in South Asia including 14 in Thailand. Currently, he is 77 years old and has been in jail in Nepal since 2004. The show was mainly shot in Thailand although Sobhraj travelled to many places in Asia such as Hong Kong, India and Nepal. The production team was forced to return to film in the United Kingdom before the country locked down in March last year. The series was shot in nine provinces -- Bangkok, Pathum Thani, Ayutthaya, Suphan Buri, Samut Sakhon, Ratchaburi, Phetchaburi, Prachuap Khiri Khan and Kanchanaburi. The sign for Kanit House on Soi Saladaeng in the series makes the audience wonder if the apartment where Charles Sobhraj lived in Bangkok was real. It was, but since the building has been demolished, the film team found the perfect location for shooting in Baan Bellawin near the end of Sukhumvit Soi 4. The popular backpacker hotel where Sobhraj looked for victims exists today. In The Serpent , the filming location was actually the Miami Hotel in Sukhumvit Soi 13. Herman Knippenberg worked at the Netherlands embassy in 1976. He started to investigate a missing Dutch couple, later learning of other murders committed by Sobhraj. His beautiful two-storey wooden house in the film is an old house named Reun Manila in Ayutthaya province. The Embassy of the Netherlands was located on Witthayu Road when Knippenberg arrived in Bangkok. His office in the series was filmed in Samut Sakhon. There are more Serpent shooting locations you can visit once Covid-19 travel restrictions are eased such as the Erawan Waterfalls and Vajiralongkorn Dam in Kanchanaburi, Khao Takiab Beach and Khao Sam Roi Yot National Park in Prachuap Khiri Khan. Section 1: Write the correct answer in the space provided. 1. How many people did Sobhraj kill in Thailand? ……………. 2. Which country is he in now? ……………. 3. Which Bangkok apartment did he live in? ……………. 4. Which hotel was used in the series? ……………. 5. Ruen Manila was used as the house for which character?………….. 6. Where was Knippenberg’s workplace in 1976? ……………. Section 2: Read the following passage. Then, fill in the blanks with the correct words from the choices given. "The production crew asked to film the …7… scenes in our hotel and use our hotel name in the series. We did not …8… that," said the owner. “…9…, the team filmed in the lobby and outside. They also …10… a bar on the 2nd floor in front of the elevator." 7. __A. murder             __B. murdering                __C. murdered 8. __A. agree                 __B. allow               __C. acceptance 9. __A. Mostly            __B. Regularly           __C. Slightly 10. __A. create            __B. created                __C. make Section 3: Find words that match the following definitions. 11. to kill someone by giving them a harmful substance  …………… 12. people killed as a result of a crime …………… 13. (of a building) knocked down …………… 14. a government office in a foreign country ………… Answers : 1. 14. 2. Nepal. 3. Kanit House. 4.Miami Hotel. 5. Herman Knippenberg. 6. Witthayu Road 7. a. 8. b. 9. a. 10. b. 11. poison. 12. victims. 13. demolished. 14. embassy. Test Yourself Learn from listening Click play to listen to audio for this story, or download to save the file DOWNLOAD : : Do you like the content of this article?
Read More

Investors, medical tourists to be allowed in first