Basel [Switzerland], March 7 (ANI): Indian shuttler PV Sindhu on Sunday suffered a 12-21, 5-21 defeat at the hands of Carolina Marin in the final of the Swiss Open here. Marin was at her best in the m 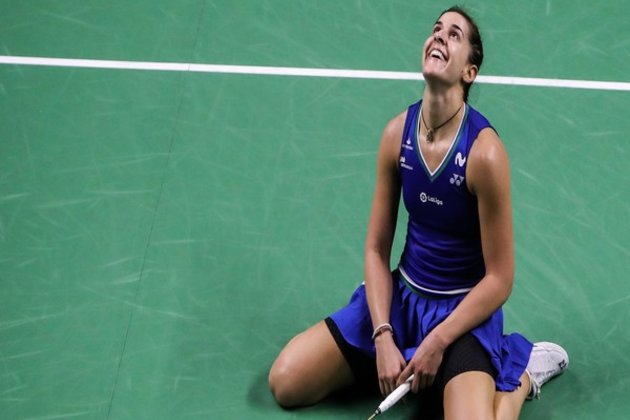 Basel [Switzerland], March 7 (ANI): Indian shuttler PV Sindhu on Sunday suffered a 12-21, 5-21 defeat at the hands of Carolina Marin in the final of the Swiss Open here. Marin was at her best in the match and while Sindhu gave a bit of competition in the first game, the Spanish shuttler completely dominated her opponent in the second game to easily win the women's singles title. In the second game, Marin did not let Sindhu settle and took a massive 14-2 lead. The Indian shuttler had no answers to Marin's aggressive gameplay and went on to lose the match that lasted for 35 minutes. On Saturday, Sindhu had progressed to the final of the tournament after registering a straight games win over Denmark's Mia Blichfeldt in the semi-final. The Rio Olympics silver medalist had clinched the clash 22-20, 21-10 that lasted for 43 minutes. While, Spanish badminton player, Marin, had beaten Pornpawee Chochuwong 21-15, 20-22, 21-19 in the semifinal to set up the summit clash with the India shuttler. After the game on Saturday, Sindhu had admitted that the final won't be an easy match. "Am happy that I am through to the finals, it's been a good win today for me, and playing against Mia was a kind of revenge because in Thailand I had lost against her so this win was very important for me," Sindhu had said. "Yeah really looking forward to the finals. Carolina is a good player so it won't be an easy match, I have to play my 100 per cent," she had added. (ANI)
Read More

Pattaya and Eastern Part of Thailand see outbreaks of heavy...

Farmers to hand back chemicals