A small fire that broke out in a building at Siriraj Hospital on Monday was quickly put out by firefighters. 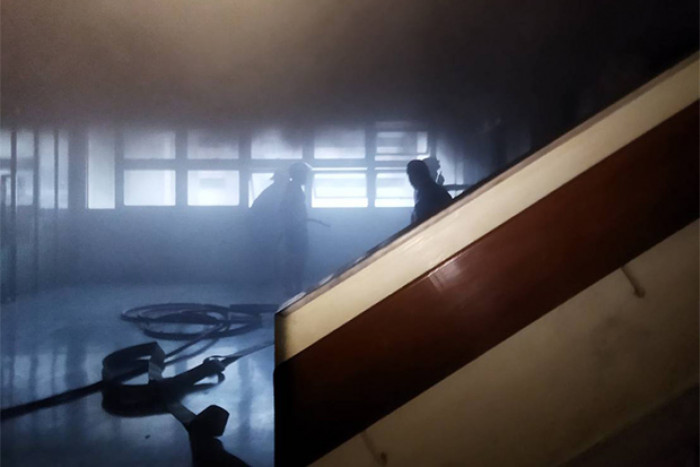 Firefighters enter the eighth floor of Asadang Building at Siriraj Hospital after a fire was doused on Monday. (Photo from @Ruamduay Twitter account)

A small fire that broke out in a building at Siriraj Hospital on Monday was quickly put out by firefighters.

The Office of Disaster Prevention and Mitigation reported the fire at the hospital at 5.20pm. Firefighters from the Bang Khunnon fire station and rescue volunteers rushed to the scene.

The fire was put out 20 minutes later, officials said.

T้he Ruam Duay Chuay Kan radio network said the fire broke out on the eighth floor of Asadang Building, which held storage rooms with no patients.

Nobody was found on that level of the building when firefighters entered the area, the report said.

Book slammed for glorifying foreign invasion of China 'snapped up by readers' in...

Out-of-work Thai chefs cook for others made jobless by...

Thai PM warns against criticism of the monarchy, SE Asia...