The Senate on Tuesday approved an amendment bill removing kratom from the narcotics list in its third reading, a step closer to households being allowed to grow up to three kratom trees each for daily use, Justice Minister Somsak Thepsutin said on Tuesday. 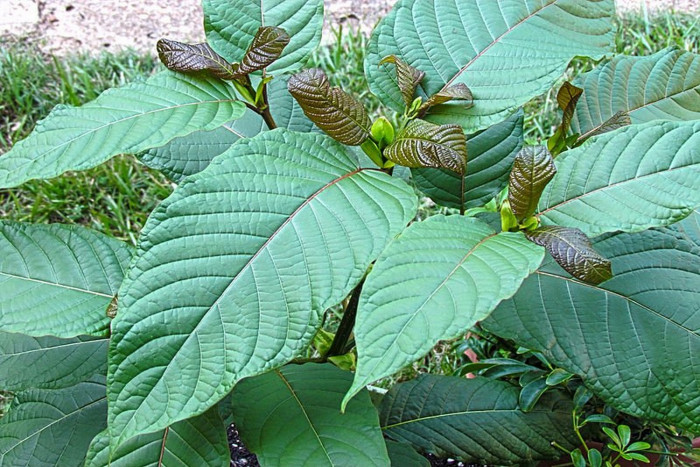 Kratom leaves. (Photo: wikimedia) The Senate on Tuesday approved an amendment bill removing kratom from the narcotics list in its third reading, a step closer to households being allowed to grow up to three kratom trees each for daily use, Justice Minister Somsak Thepsutin said on Tuesday. Mr Somsak said the next step is for the Senate speaker to forward the bill to the House speaker, who would submit it to the cabinet. The cabinet send the legislation to His Majesty the King for final approval. He did not give details of how the Senate voted in approving it. The bill will become law 90 days after it is published in the Royal Gazette. Mr Somsak said supplementary laws would regulate the cultivation, possession, use and sale of kratom. The draft regulations were being considered by the Council of State, the government's legal advisory body. Once the supplementary laws were in effect, people detained for using and selling kratom would walk free, he said. Kratom, or Mitragyna speciosa, is a tropical tree, part of the coffee family, with medicinal, stimulant and psychotropic properties. It has been categorised as a Class 5 narcotic, meaning it could not be legally cultivated, imported, exported, sold, possessed or consumed without a permit. Kratom has long been used in traditional medicine. However, its effects when abused made it popular with young people as a recreational drug - a reason why it was included in the narcotics list. Mr Somsak said in order to grow kratom for daily use, people would be required to get permission from local administrative officials, which included village and tambon chiefs. Each household would be allowed to grow no more than three kratom trees. If cultivation is for industrial or commercial purposes, they would have to get permission from the relevant  government office. Three kratom trees would produce about 750 kilogrammes of fresh leaves. Each kilogramme was about 400 fresh leaves and worth about 500 baht, he said. In countries such as the United States, a kilogramme of dried kratom leaves may fetch about 4,250 baht. If powdered and in capsules, it  cost about 5,600 baht/kg. Mr Somsak said he supported kratom being an economic plant. He had assigned the Office of the Narcotics Control Board to study up on the prices, so as to be able to properly control production. Kratom would fetch a high price if supply is  controlled. The price would go down with oversupply, he said.
Read More