SET-listed developer Sansiri Plc has revised its transfer and presales target up by 15-20% to 31 billion baht each by the end of the year despite the third wave of Covid-19 in the country. 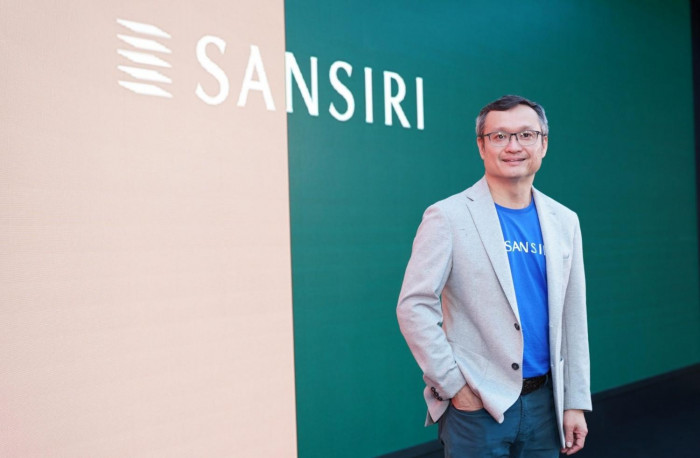 Business Sansiri readjusts transfer, presales targets by 15-20% published : 30 Apr 2021 at 04:00 newspaper section: Business writer: Kanana Katharangsiporn Mr Uthai said that as of April, Sansiri has recorded 12.5 billion baht in presales and more than 8.1 billion baht in transfers. SET-listed developer Sansiri Plc has revised its transfer and presales target up by 15-20% to 31 billion baht each by the end of the year despite the third wave of Covid-19 in the country. Uthai Uthaisangsuk, the firm's chief operating officer, said key drivers are low-rise homes as the firm aims to complete 58% of its transfer target and 65% of presales target of single detached houses and townhouses. "We've revised the transfer and presales targets this year as both figures have outperformed previous targets set in the first four months, driven by promotions," he said. Between Jan 1-Apr 30, 2021, Sansiri recorded 12.5 billion baht in presales and more than 8.1 billion baht in transfers. The four-month presale period comprised of 7.8 billion baht from single detached houses and townhouses and 4.7 billion from condos. Earlier this year, it expected to have 26 billion baht in presales with 62% from low-rise homes and 38% from condos. The new target of 31 billion baht has been broken up as follows: 65% from low-rise homes and 35% from condos, he said. The transfer target was also revised up yesterday from 27 billion baht to 31 billion baht. About 58% will be from low-rise homes and 42% from condos. He said presales and transfers for the remaining eight months will be better than the first four months as the company plans to launch new projects later in the year. "The majority of new projects we plan to launch this year will take place in the fourth quarter," he said. "Despite the third wave, we are confident that vaccinations for half of the population will be completed by the end of the year as promised." Sansiri has also has a number of new projects set to launch at 24 projects worth 26 billion baht. They comprise of five condos worth 4.1 billion baht, three mixed residential projects worth 2.7 billion baht, nine townhouse projects worth 6.9 billion baht and seven single detached house projects worth 12.3 billion baht. During the pandemic, sales occur through many channels including call centres, the firm's website, virtual tours and online bookings which have especially become popular in the past few months. Mr Uthai suggested the government to accelerate measures to boost the property market -- as the sector is one of the key economic drivers -- such as increasing quota of foreign ownership for condos and low-rise houses to more than 49% and 30% respectively, up from the limit of 49% for condos and 30% for low-rise houses currently. Other measures include a soft loan for SMEs and relaxing loan-to-value limits. "Opening the country can help boost sales from foreign buyers," he added, saying that the company last year saw cancellations of 1.5 billion baht from foreign buyers which accounted for 20% of total transfer of foreigners. This year, it has 1 billion baht from 200 units at XT Huaykwang scheduled to be transferred to foreign customers as well as 100 units at the Edge Central Pattaya. Do you like the content of this article?
Read More

Dusit vows to do his best for Rajpracha

Dusit Central Park will take green experiences to the next...