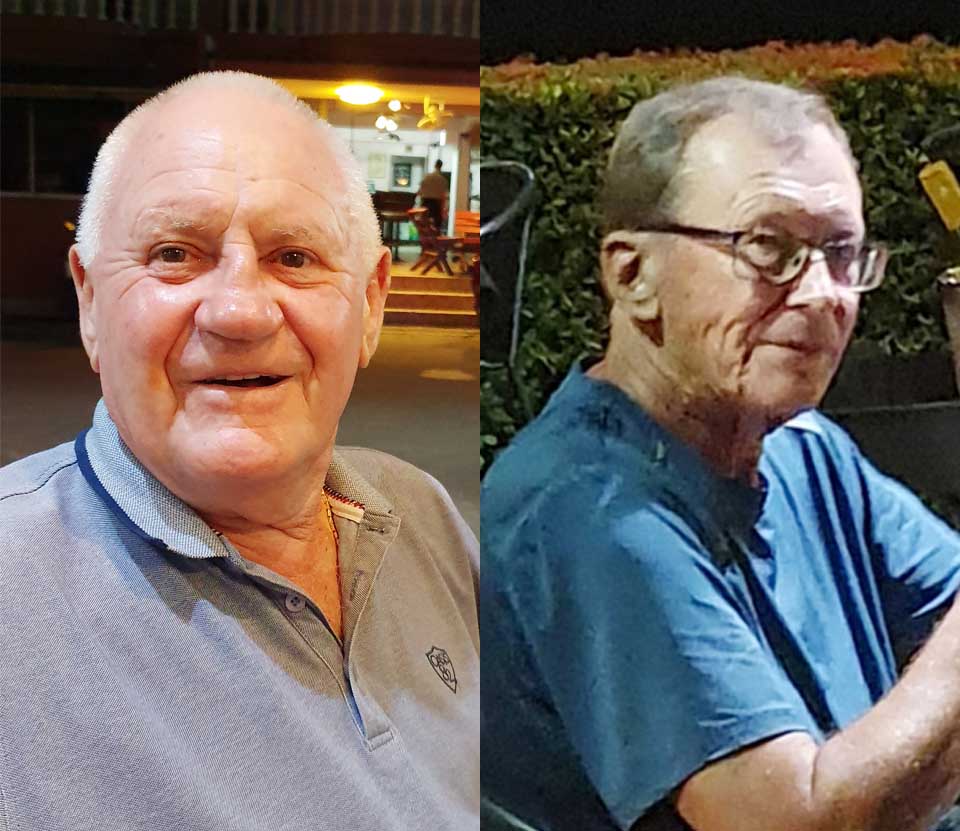 Tony Robbins & Dave Ashman were both in sparkling form this week. Pattaya Sports Club Bunker Boys Golf Monday, February 15th Pattavia 1st Tony Robbins (19) 36 points 2nd Dave Ashman (24) 35 points 3rd Peter Kelly (15) 34 points Near pins Jimmy Carr, Mark On, Geoff Atwell, & Les Cobban. A field of fourteen for Monday’s game at Pattavia played under bright sunshine with a slight breeze blowing. Once again a quiet course so no delay teeing off or holdups during the round. Some of the greens were wicked today, extremely fast and with breaks in all directions making them very hard to read. Most were scratching their heads at how so many puts missed the cup and then ran off the green further away than where they started. In a rich vein of form, Tony Robbins took the honours with a solid thirty-six points. Second went to Dave Ashman a stroke adrift whilst Peter Kelly brought up the rear with thirty-four points. All the near pins were taken with one each going to Jimmy Carr, Mark On, Geoff Atwell, and Les Cobban. On our last visit to this course we found a digger had got itself bogged trying to clean up a water catchment area. In the interval it had been rescued and was working a different part of the course Monday with no ill effects. Wednesday, February 17th Pattana B & C 1st Glen Elsworthy (16) 42 points 2nd Peter Kelly (15) 40 points 3rd Paul Smith (4) 37 points Near pins Tony Robbins, Mark On, Paul Smith, & Peter Kelly. A midweek game at Pattana where once again we found an empty course. Even the all-in fee of eleven hundred baht wasn’t enough to lure people out to play. We had a decent field of fourteen, not bad under the circumstances. The B nine was sodden in some parts and bone dry in others, which was hard to fathom. Once again the greens were much slower than the practice green which threw people a bit on the early holes. Despite all that some remarkable scores were returned. The weather was overcast and grey with the prospect of rain ever-present, but we managed to stay dry until the last hole when a few drops fell. The lead group was finished in three hours without rushing which was very nice. On return to Pattaya, the heavens opened, most unexpected for this time of year, and as is usually the case, roads were flooded everywhere making it a challenge to get back to the bar. Topping the scoring with a fabulous forty-two points was first-timer Glen Elsworthy playing off a sixteen handicap. Second place went to Peter Kelly with a very creditable forty points, whilst Paul Smith brought up the rear with thirty-seven. Both Glen and Paul didn’t attend the presentation back at the bar so a significant boost for the delinquent fund. Hopefully we can return their generosity soon. All the near pins were taken going to Tony Robbins, Mark On, Paul Smith, & Peter Kelly. The Ally Ellison Scholarship Fundraiser canceled in January due to lockdown has been rescheduled for March 29th to 31st. The Bunker Boys already have two teams confirmed and are hoping to have a third. All members wishing to participate in this worthy cause should contact Tony Robbins asap. A good time is always guaranteed at the Serenity Resort and Spa who are hosting the event and no doubt a bit of extra trade would be welcome by both the resort and golf course in the present circumstances. Friday, February 19th Crystal Bay C & A 1st Dave Ashman (24) 40 points 2nd Tony Robbins (19) 39 points 3rd Michael Brett (15) 36 points Near pins Jimmy Carr, Dave Ashman, Bob Innes, & Geoff Parker. Another course where we seemed to be the only people playing, so once again a quick round with the lead group finished well before 3.00 pm. The day was bright and sunny with very little wind. The course was again in decent condition so no complaints on the score. A small field of only ten was on hand with some very good scoring again. Some of the Bunker Boys are in sparkling form at present, and all week scores were above average. With a remarkable twenty-four points on the front nine, Dave Ashman set a cracking pace and took the honours with a total of forty points. To be fair his handicap seems a bit generous. One stroke back, Tony Robbins took second place and would seem to already have sewn up the golfer of the month. It’s going to take a remarkable change in fortune for someone to overtake him. Michael Brett took third with thirty-six. All the near pins were taken with one each going to Jimmy Carr, Dave Ashman, who was very close to a hole in one, Bob Innes again, and Geoff Parker. Next week is our first away trip of the year to the Chatrium Resort to play the beautiful Soi Dao course, a favourite of many. Some of the group are making a detour to Koh Chang on the way back so all in all a nice little trip to get this year’s traveling underway.
Read More

Thailand- The Coronavirus Suicides u2013 The Diplomat

Pervert is caught on CCTV having SEX with shop&#39;s metal...

LA's Thai Town hit by protesters and rioters - The Thaiger