Revolution at the home of Thai boxing after Covid KO

Out with the gamblers and harsh neon lights, in with female fighters and fancy lasers -- after a 20-month coronavirus break, Thai kickboxing's spiritual home is embarking on a revolution. 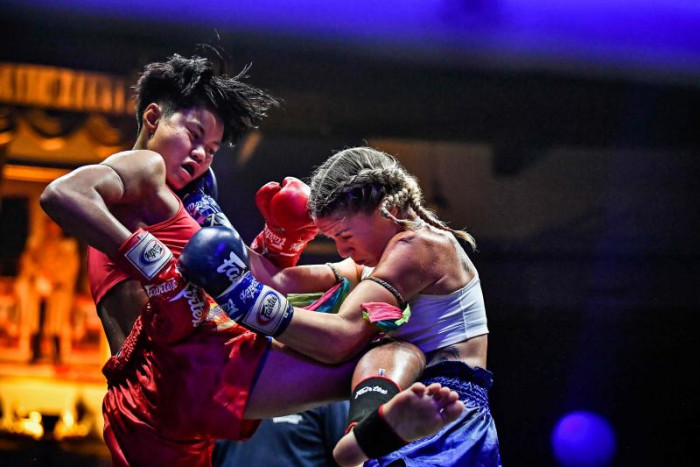 Revolution at the home of Thai boxing after Covid KO

Out with the gamblers and harsh neon lights, in with female fighters and fancy lasers -- after a 20-month coronavirus break, Thai kickboxing's spiritual home is embarking on a revolution.

On fight days before the pandemic, thousands of passionate fans would pack Bangkok's Lumpinee Stadium -- the symbolic heart of the ancient, brutal art of Muay Thai.

It was not just admiration for the fighters' skill that drew the crowds: on big days more than a million dollars could change hands in bets, in a country where gambling is largely illegal.

Then in March 2020 everything came to a halt as Thailand's first Covid-19 outbreak was traced back to the stadium, which was immediately closed.

But rather than throw in the towel, the stadium owners -- the Royal Thai Army -- say they have bounced back off the canvas to turn the enforced break into an opportunity.

Major General Ronnawut Ruangsawat, deputy chief of the stadium, told AFP that the grand old arena was "taking advantage of the pandemic to revolutionise itself".

"The arena has been completely renovated, betting is now prohibited and women are allowed to fight," he said.

Gone are the harsh neon lights that once bathed the ring in an unforgiving white glare, and on Saturday fighter Sitthichoke Kaewsanga stepped into the ring under a shower of ultra-modern red and silver lasers. 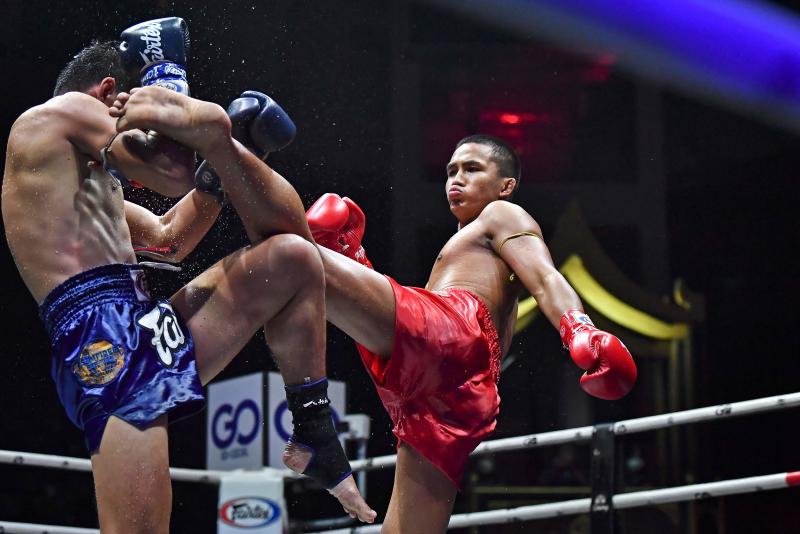 Behind him, giant state-of-the-art screens previewed the bout with pictures of the 21-year-old and details of his record.

The stands were empty of fans and much had changed, but the hooks, jabs and knee strikes were the same, as was the backdrop of traditional music played by a live band.

Lumpinee will welcome fans back in January, albeit with a greatly reduced capacity and strict virus-prevention rules such as testing and social distancing.

And betting will be off the cards because the army decided it "led to too much cheating with players sometimes being paid to lose the fight", Maj Gen Ronnawut said.

"We want to clean up the sport and we hope that other venues in Thailand will follow."

But industry professionals are sceptical the army's good intentions will succeed.

"They will continue to bet online -- gambling is part of the Muay Thai DNA," Jade Sirisompan of the World Muay Thai Organisation, one of the main international federations, warned.

"Many gamblers, among them many gym owners, make a living from it and can pocket thousands of dollars on a good day.

"They are not going to give it up."

No less revolutionary is the decision to allow female fighters to take part in bouts at Lumpinee's main arena.

For years, women -- including fans -- were banned from even touching the ring because of a superstition that their menstruating bodies might break the magic protecting it.

Other Muay Thai venues have accepted female fighters for some time, but Lumpinee -- the sport's equivalent of Lord's in cricket or football's Wembley -- held out.

After a low-profile bout in a backroom in September, Saturday saw two women compete in the main ring for the first time.

After beating Australia's Celest Muriel Hansen, 21-year-old Thai fighter Kullanat Ornok said: "We are so proud to have been the first women to fight here. We've been fighting for more equality for years."

Wiping blood from her head, the 27-year-old Hansen added: "We have come such a very long way. This was so much more than just a fight." 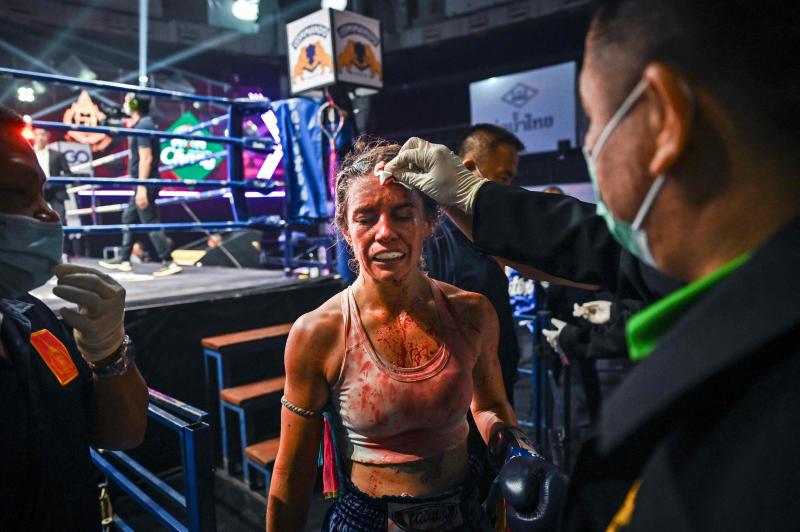 Australian Muay Thai fighter Celest Hansen is treated for a head wound during her bout against Thai fighter Kullanat Ornok at Lumpinee Stadium in Bangkok on Saturday.

For Kullanat, getting back in the ring to earn money after the long break was just as important.

"I hadn't fought in almost a year. I used to earn a hundred dollars a match, then nothing for months to support my family," Kullanat said.

Deprived of bouts because of the pandemic, thousands of professional boxers -- men and the much smaller number of women fighters -- returned to their villages.

After so long away from the gruelling daily training regime the sport demands, many will never make it back to the same level and the government has offered no financial support.

Many fighters found themselves with no choice but to take side jobs. Sitthichoke became a rider for a delivery service.

His five-round victory in Saturday's bout earned him less than $1,000. Before the pandemic he could earn triple that.

"It was really strange to fight in an empty arena. It's not easy without the energy of the crowd," he said.

And perhaps inevitably for a venue seen as a bastion of tradition, the changes have not gone down well with everyone.

"We don't recognise anything. The Muay Thai temple has become a big showroom," lamented Jade Sirisompan after watching a broadcast of the matches.

Local players can't wait for the show to start

Klopp shrugs off rivals' spending as EPL kicks off

Hope and expectation as Tour de France starts in virus...