The soft opening of the Red Line commuter train services will go ahead as planned on Aug 2, Transport Minister Saksayam Chidchob insisted, amid rumours on social media that the launch ceremony will be postponed due to the rising Covid-19 infections in the capital. 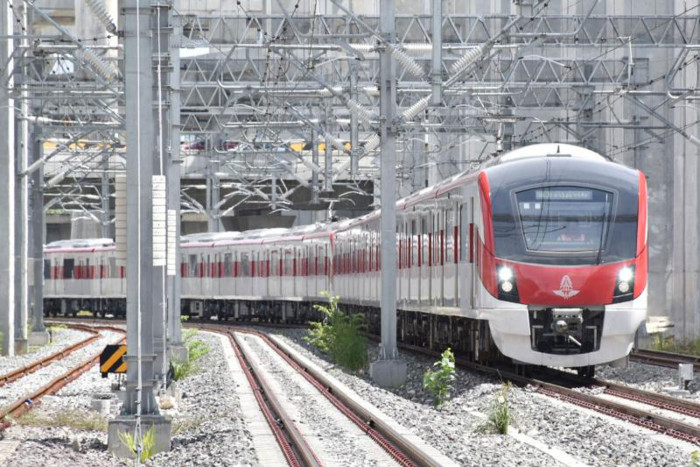 The soft opening of the Red Line commuter train services will go ahead as planned on Aug 2, Transport Minister Saksayam Chidchob insisted, amid rumours on social media that the launch ceremony will be postponed due to the rising Covid-19 infections in the capital.

The claims surfaced after the government responded to the latest outbreak by imposing a curfew in 13 provinces, including Bangkok — raising concerns that ceremonial events, even those scheduled for major state projects, will be put off.

State Railway of Thailand, as the operator of the Red Line, had also asked the ministry of the Aug 2 reopening will go ahead, and whether the ceremony's format will need to be adjusted to comply with existing Covid-19 protocols, SRT governor Nirut Maneepan said.

Mr Nirut said SRT will continue the Red Line's test run to ensure its systems are in line with safety standards ahead of the scheduled launch.

The Red Line is a part of SRT's plan to create an extensive network of urban and suburban trains between northern and western Bangkok, which are centred on Bang Sue Grand Station.

The line is expected to commence full operation in November.

The SRT governor said the company is preparing to call for bids on several contracts, which cover cleaning, security, as well as traffic management all along the entire Red Line. Tenders will be accepted online, he said.

Four contracts worth a total of 585 million baht will be signed.

The contracts will expire every three years.

When services launch on Aug 2, trains will arrive and depart from platforms which are located away from the vaccination centre at Bang Sue Grand Station, the governor said.

AirAsia to resume all domestic operations