PARIS: Paris Saint-Germain's relationship with the Champions League over the last decade has been fraught with disappointment and littered with spectacular defeats, but an aggregate victory against holders Bayern Munich is the most significant of the Qatar era as they aim to finally get their hands on the trophy. 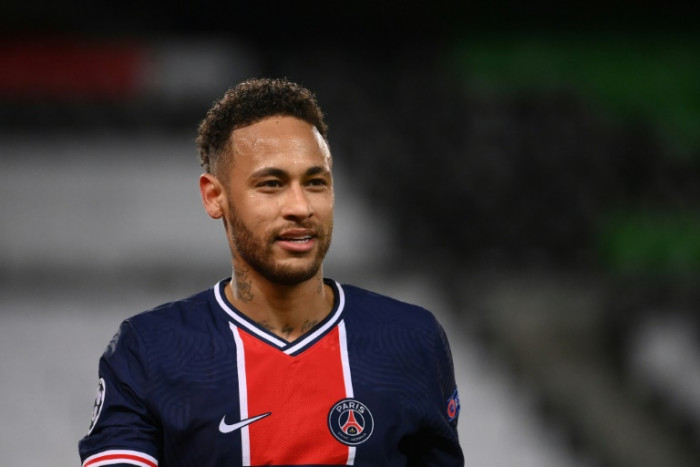 Sports PSG show their mettle with biggest Champions League scalp published : 14 Apr 2021 at 07:45 writer: AFP Can Neymar and Paris Saint-Germain go on to win a first Champions League title after knocking out the holders Bayern Munich? PARIS: Paris Saint-Germain's relationship with the Champions League over the last decade has been fraught with disappointment and littered with spectacular defeats, but an aggregate victory against holders Bayern Munich is the most significant of the Qatar era as they aim to finally get their hands on the trophy. Against the team that Mauricio Pochettino kept insisting was the best in Europe, PSG exacted revenge for their 1-0 defeat in last season's final in Lisbon. It was not achieved without suffering, as they followed their smash-and-grab 3-2 win in the first leg in the Munich snow last week with a 1-0 defeat in Tuesday's return, Eric Maxim Choupo-Moting scoring Bayern's goal against his old side. But while in previous years PSG might have collapsed under the pressure, this time they held on to win their quarter-final tie on away goals and set up a semi-final against Manchester City or Borussia Dortmund. Following the Qatar Sports Investments takeover of 2011, PSG spent a long time struggling to make an impact in Champions League knockout ties. They threw away first-leg leads to lose on away goals to Chelsea in the 2014 quarter-finals and to Manchester United in the last 16 in 2019. There was the humiliation of the "remontada" against Barcelona in 2017 too, when a 4-0 first-leg lead in the last 16 was obliterated in a 6-1 second-leg loss. This time they held on, despite captain Marquinhos and playmaker Marco Verratti both missing the second leg, and despite Neymar missing a host of chances in the first half. "This club has been growing every day, year on year," said Presnel Kimpembe, the skipper against Bayern whose late handball was responsible for their dramatic exit against United two years ago. 'No excuse' for Neymar, Mbappe to leave The success against the holders comes after they eliminated Barcelona in the last 16, winning 4-1 at the Camp Nou in the first leg. That was also a case of exacting revenge, with the Catalans having beaten the French side in the knockout rounds three times in the previous decade. In both of those ties PSG have shown a resilience that has been lacking before, and they have beaten two of the great traditional powerhouses of European football en route to the last four, having also beaten Manchester United away in the group phase. "We have deserved to win these two ties, but I don't think that makes us favourites now," said coach Pochettino, and yet there is a significance to the teams they have knocked out. Last year their run to the final, as impressive as it was, featured wins over Dortmund, Atalanta and RB Leipzig, none of whom were seen as contenders to win the trophy. The latter two victories came in one-off ties in the 'Final Eight' in Lisbon. PSG's European run this season comes just as their hegemony at home is under threat -- after seven Ligue 1 titles in eight years, they are currently three points behind leaders Lille with six games remaining. Nevertheless, the Champions League is really all that matters, and it is success in Europe's elite club competition that can convince superstar duo Kylian Mbappe and Neymar to sign contract extensions. The two most expensive signings in football history when they arrived in Paris in 2017, Neymar and Mbappe are both out of contract at the end of next season. It remains Barcelona's dream to bring Neymar back, while Mbappe has long been linked to Real Madrid. "Kylian and Neymar have no excuse for wanting to leave because we have everything in place here to win the Champions League," beaming PSG president Nasser al-Khelaifi told RMC Sport. "We are a top team now, with all respect for the other teams out there." Do you like the content of this article?
Read More

'It's my lucky place': Kvitova back in Roland Garros semi-finals...

Back with a bang