MANCHESTER: Ole Gunnar Solskjaer, sacked as Manchester United manager on Sunday, said he was proud of his time in charge and believes he has left the club in a better state than when he took over from Jose Mourinho nearly three years ago. 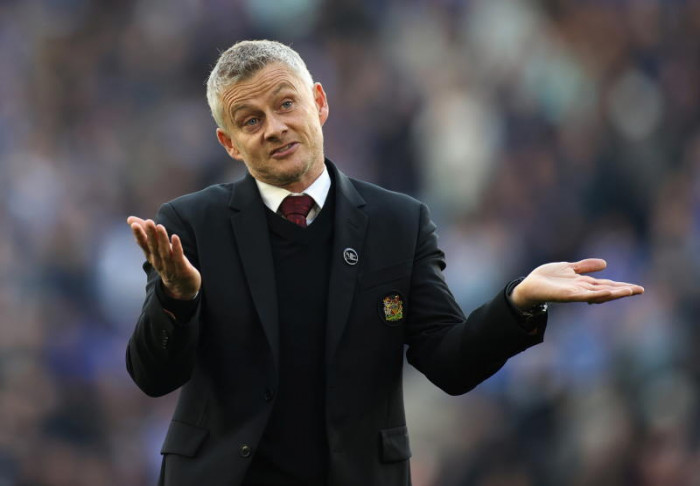 MANCHESTER: Ole Gunnar Solskjaer, sacked as Manchester United manager on Sunday, said he was proud of his time in charge and believes he has left the club in a better state than when he took over from Jose Mourinho nearly three years ago.

Solskjaer was dismissed after Saturday's 4-1 defeat at Watford left the team in seventh place with just one win from their last seven matches.

"I’m going to leave by the front door, because I think everyone knows I’ve given everything for this club. This club means everything to me and together we’re a good match, but unfortunately I couldn’t get the results we needed and it’s time for me to step aside," he told the club's MUTV channel.

"I think, or I know I leave this club with a better squad. The environment is fantastic, it’s an environment I’m proud of leaving because you have to enjoy coming in here working," he said.

Solskjaer, who won six Premier League titles as a player and scored the stoppage-time winning goal in the 1999 Champions League final against Bayern Munich, said he had been honoured to have been the club's manager.

"Very, very proud. Of course, it’s one of those things you dream of in your life. When you’ve been a player, when you’ve been a reserve team coach, the next job then, the only dream and the only thing you haven’t done is to manage the club, and I have now.

"It’s been a ball, it’s been absolutely enjoyable from the first to the last minute, so I have to thank all the players because since I came in, they’re top lads, top people," he said.

Michael Carrick, another former player who has been part of Solskjaer's coaching staff will take charge of the side at Villarreal in the Champions League on Tuesday while the club search for an interim coach to manage the team to the end of the season.

A win would secure a place in the knockout stage for United and Solskjaer backed them to achieve that goal.

"As I’ve said to (the players) this morning as well, trust yourselves, you know we’re better than this. We’ve not been able to show it but go out, chest out, enjoy being a Man United player, Champions League, the biggest stage.

"If and when you win the game, you’re through to the next round, Michael is going to be in charge. Michael, I have the utmost respect (for), I love Michael to bits. I’m becoming emotional now because he’s top, they’ll be fine. I’ll watch them and support them," he said.

Solskjaer said he intended to spend some time with his family in Norway before any eventual return to the game and said he would follow the team as a fan.

"I’ll watch the team of course and hopefully, the next manager comes in and I want to support him. I want him to be successful, hopefully I’ve laid the foundations for that to happen because I know I’m good at what I’m doing.

"I’m a 100% sure to create a football environment, that’s where I’m good at and at some point, I’ll probably be back (working in football)," he said.

'Dream come true' as women's World Cup heads Down Under

India hailed as 'Immortals', Australia under fire after...

Virus-hit Buriram back in action against Suphanburi

When even penguins couldn't play at snowbound Stamford...

Heberty is back with Ban at BUFC

Wombles finally back where they belong