The Rail Department has asked the private sector to jointly invest in two rail lines — Bangkok-Khon Kaen and Laem Chabang-Thapra — for passengers and freight. 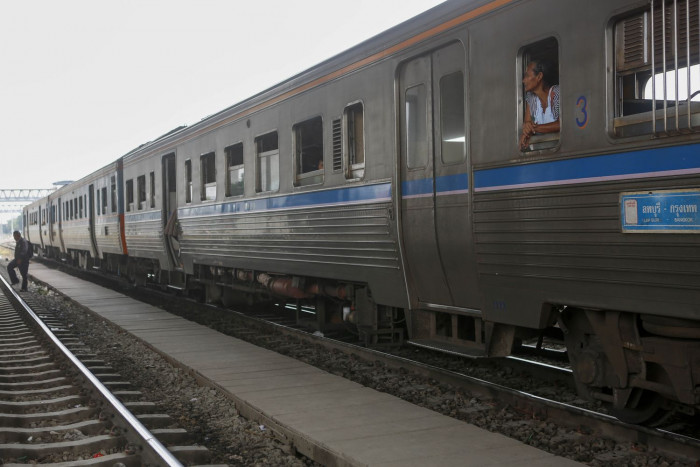 Thailand General Private investment sought for new train services published : 23 Feb 2021 at 19:26 writer: Post Reporters (Bangkok Post file photo) The Rail Department has asked the private sector to jointly invest in two rail lines — Bangkok-Khon Kaen and Laem Chabang-Thapra — for passengers and freight. The department on Tuesday told the private sector it hoped they would fund train  services on those key domestic and international routes. Director-general of the department Kittiphan Panchan said Transport Minister Saksayam Chidchob wanted the private sector to jointly provide the services so as to maximise the use of railway infrastructure provided by the government. The pilot project will allow private businesses to run trains outside the operating hours of the State Railway of Thailand (SRT) and to pay the SRT for using its tracks. The government wants trains to run on the 450km Bangkok-Khon Kaen route that passes two major northeastern provinces — Nakhon Ratchasima and Khon Kaen. The number of trains on this route will be increased to six with a projected increase in passengers of 2,000-2,220 people per day. For freight services, the selected route is the 501km Laem Chabang-Tha Phra route, which transports 60,000-100,000 containers each year. Agricultural products such as rice, sugar, rubber and cassava, which are the country’s main exports by sea, are usually transported on this route. That route will also be used to transport minerals, plus Chinese and Lao exports bound for Laem Chabang Port in Chon Buri. The government will provide incentives to the private sector to take part in the pilot project, including soft loans and income guarantees. The pilot project is expected to help improve the country’s rail service while enhancing its capacity as Asean’s transport and logistics leader, said Mr Kittiphan. Tuesday's launch was attended by representatives of the public sector, state enterprises, businesses, trade associations and groups of transport and logistic entrepreneurs. About 11 million tonnes of freight is transported on the country's train tracks each year, according to the department. Keywords Rail Department rail lines Do you like the content of this article?
Read More

Jobless rate dips in Q4 but remains near multi-year high

Thailands zoos adapt to a new normal as they reopen today

The relevance of yoga