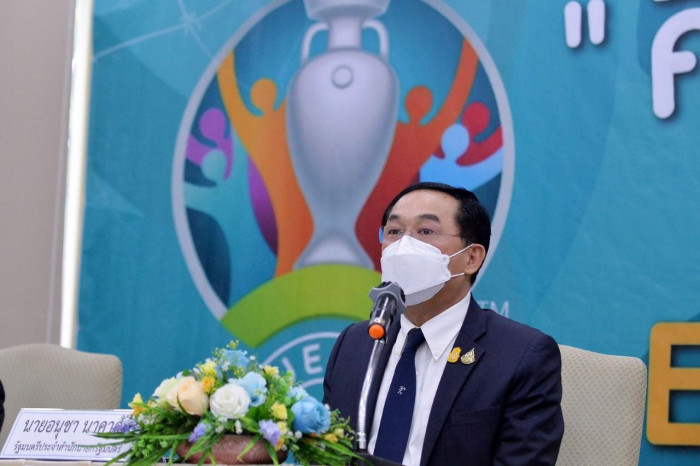 Anucha announced just before the tournament began on June 11 that Summit Footwear chairman Komol Jungrungreangkit had secured the broadcast rights and allowed the state-run NBT2HD to televise all games live.

During the announcement, he promised that "all Thais will be able to watch all Euro 2020 matches live [on free TV]."

He said yesterday he wanted to honour the promise, so Channel 3 and PPTV were asked to join the broadcast as some matches will be played at the same time.

Channel 3 will start its live broadcast of Euro 2020 today with the match between Italy and Wales.

Anucha is certainly not a happy man at the moment as he lost his post as secretary-general of the ruling Palang Pracharath Party to Thamanat Prompow in an election on Thursday.

But he said he wanted to make Thais happy with live football matches.

Anucha, in his capacity as a PM's Office minister, oversees the Public Relations Department which runs NBT TV and radio stations.

TrueVisions is also showing live Euro 2020 matches on TrueSport HD3 and True ID which are for subscribers only.

Timely intervention on handball fiasco, but the farce will...