Potato Corner Thailand Co has apologised for a "careless" Facebook post about its Toto mascot that coincided with the police arrest of "Toto", a political activist. 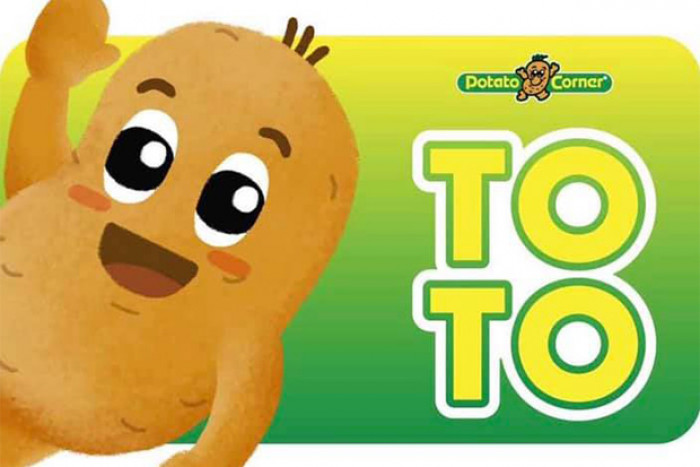 Business Potato Corner apologises for 'Toto' Facebook post published : 7 Mar 2021 at 18:00 writer: Online Reporters Toto, the mascot of Potato Corner Thailand, appeared in a social media promotion at an unfortunate time on Saturday. (Photo from Potato Corner Thailand Facebook account) Potato Corner Thailand Co has apologised for a "careless" Facebook post about its Toto mascot that coincided with the police arrest of "Toto", a political activist. The fast food chain issued a statement late Saturday apologising for the fries promotion posted on its Facebook account earlier that day.. "Urgent news!!! Potato Corner, the first powder-mixed fries in Thailand, is arrested for being "too delicious," the ad read. "Toto (assumed name) is arrested at a Potato Corner branch on the sixth floor of CentralWorld while eating three cups of power-mixed french fries," the ad said. The ad was posted around the same time as the arrest of "Toto", Piyarat Chonthep , a leading member of the We Volunteer (WeVo) guard group, along with other activists, at the Major Ratchayothin shopping complex. The message angered protesters and other netizens, who called for a boycott of the company. The #banpotatocorner hashtag at one point topped Twitter trends in Thailand. One man even went to a kiosk at a shopping mall to air his opposition to the ad, according to a clip on a Twitter account. "Tell your bosses that this kind of marketing is not okay. You are playing with the freedom of people and the life and death of people," he told the staff at the branch. "After this ad, I really can't buy your products," he said. "You'd better drop this ad because it is damaging the company." Potato Corner admitted the marketing team was careless and made a mistake with the post, with no political intention. "We place great importance on democratic rights, and have no policy to use situations as a marketing tool," it said. The franchise has used its "Toto" mascot as a brand ambassador since last year. It coincidentally bears the same nickname as the leading WeVo member. The firm said the ad had been set to post on social media in advance. It was later dumped from its Facebook page following the outcry. Philippines-based Potato Corner entered the country in 2016 and sells french fries and fried chicken in 58 branches, according to the company's website. Do you like the content of this article?
Read More

Now is the time to go study at Switzerland’s top hospitality...

The world after Covid