Prime Minister Prayut Chan-o-cha on Wednesday insisted that Thailand has provided humanitarian assistance to Myanmar refugees along the Thai-Myanmar border. 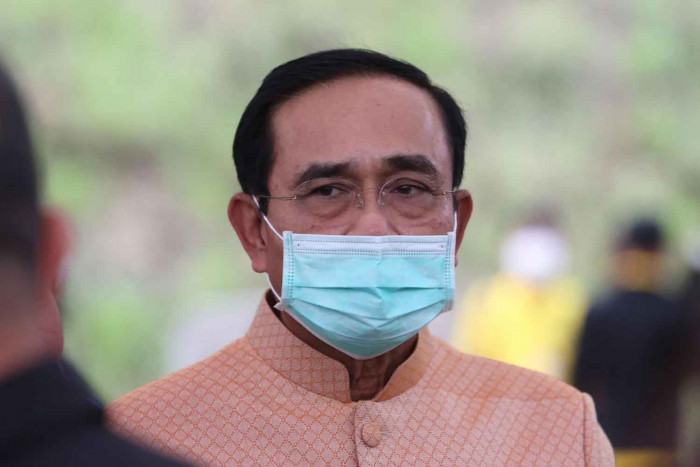 Thailand General PM insists Thailand has helped Myanmar refugees published : 8 Apr 2021 at 06:00 newspaper section: News writer: Mongkol Bangprapa Prayut: Govt wants end to violence across border Prime Minister Prayut Chan-o-cha on Wednesday insisted that Thailand has provided humanitarian assistance to Myanmar refugees along the Thai-Myanmar border. Gen Prayut, who is also defence minister, made the comments about the situation on the Thai-Myanmar border after a cabinet meeting on Wednesday at Government House. "It doesn't mean we don't care when speaking in terms of humanitarian affairs because it is about human lives," he said. "The government has suggested guidelines to solve [the situation in Myanmar] via the Ministry of Foreign Affairs and Asean which will have a meeting shortly. We must solve the problem systematically. "Because our two countries are next to each other, we can't take decisions by ourselves. As for violence, we disagree [with it]." Gen Prayut said the two countries already had a mechanism, the Thai-Myanmar Township Border Committee (TBC), to take care of crossborder issues. He said several Myanmar refugees who were injured during fighting inside Myanmar had been sent to receive medical treatment on Thai soil. Immigration Bureau chief Sompong Chingduang said the number of Myanmar refugees in Mae Hong Son province remained at around 2,000. Pol Lt Gen Sompong also asked every sector to cooperate with each other to contain Covid-19 transmission. If the situation doesn't improve further, the economy will be affected, he added. Meanwhile, Department of Foreign Trade director-general Keerati Rushchano revealed that the number of reopened border checkpoints has risen to 46 out of 97 across the country following the reopening of six more Thai-Myanmar checkpoints since Feb 28. Authorities decided to reopen Ban Ma Muang border checkpoint in Trat and others in Mae Hong Son -- Huai Ton Nun, Ban Sao Hin, Ban Mae Sam Laep, Ban Huai Phueng and Ban Nam Piang Din. Do you like the content of this article?
Read More

EA to start making batteries for electric vehicles in June

Quality course in Pattaya at a special price

Thai Airways rehabilitation may take up to 7 years