PARIS - Anastasia Pavlyuchenkova beat Tamara Zidansek in straight sets to reach a first Grand Slam final at the French Open on Thursday at a record 52nd attempt, as great rivals Rafael Nadal and Novak Djokovic prepared for their blockbuster clash. 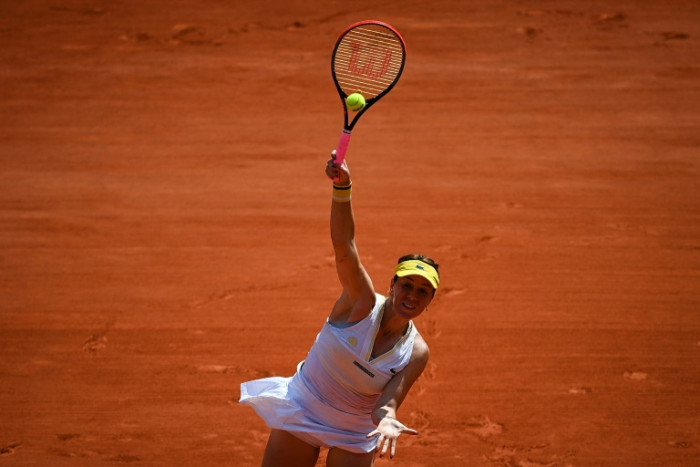 World Pavlyuchenkova reaches first Grand Slam final at French Open on 52nd attempt published : 10 Jun 2021 at 22:45 writer: AFP Anastasia Pavlyuchenkova is through to a first Grand Slam final at her 52nd major PARIS - Anastasia Pavlyuchenkova beat Tamara Zidansek in straight sets to reach a first Grand Slam final at the French Open on Thursday at a record 52nd attempt, as great rivals Rafael Nadal and Novak Djokovic prepared for their blockbuster clash. The 29-year-old Russian defeated world number 85 Zidansek 7-5, 6-3 and will face Greek 17th seed Maria Sakkari or Barbora Krejcikova of the Czech Republic for the title on Saturday, 14 years after her Grand Slam debut. Pavlyuchenkova, a quarter-finalist in Paris a decade ago, became the first woman to play more than 50 majors before making her first final, breaking the previous mark of 44 set by 2015 US Open runner-up Roberta Vinci. "I am so tired and so happy, it is very emotional," said Pavlyuchenkova. "It was difficult, I tried to fight very hard and to work on the tactical side. It is important to stay focused and in the right zone for the final on Saturday." The 31st seed dropped serve in the opening game on a sun-drenched Court Philippe Chatrier but capitalised on a fourth break point against Zidansek to break back for 2-2. Pavlyuchenkova, a former junior world number one and Roland Garros girls' singles finalist in 2006, surged 5-3 ahead as Zidansek sprayed a forehand wide. But the Slovenian immediately broke back, rewarded for her persistence and tireless defence -- pulling off a remarkable backhand volley, throwing her racquet at the ball and watching in astonishment as it caught the line. Zidansek then carved herself two break points at 5-5 but Pavlyuchenkova managed to hold, and the Russian struck the following game to wrap up the first set as her opponent committed a costly double fault. Pavlyuchenkova rolled that momentum over into the second set, breaking in a lengthy second game to lead 2-0. Zidansek responded to get back on serve but was again broken as the Russian swept into a 4-1 advantage. Zidansek, twice two points from defeat in the first round here, continued to scrap hard and the nerves resurfaced for Pavlyuchenkova as two double faults allowed the Slovenian to claw her way back to 4-3. But Pavlyuchenkova was not going to be denied, as another break left her serving for the match, with victory assured when Zidansek fired wide. - Greece well represented - For a nation where football and basketball typically rule, Greece will have two players in the semi-finals with Sakkari joining Stefanos Tsitsipas. World number 18 Sakkari, whose mother Angeliki reached the third round at the French Open in 1985 and 1987, was the highest-ranked player to reach the women's last four. It is only the second Grand Slam in the Open era to feature four first-time semi-finalists in the women's singles, after the 1978 Australian Open. "I think the draw has changed so much so it doesn't really matter who was the highest ranked in this tournament," said Sakkari, who beat 2020 runner-up Sofia Kenin before shocking reigning champion Iga Swiatek. The 33rd-ranked Krejcikova, a 2018 Roland Garros doubles champion, had never won a Grand Slam singles match before last year's Australian Open. "I never really wanted to be a doubles specialist. Everybody, they just put a label on me like, 'Yeah, you play doubles, you are a doubles specialist,'" said Krejcikova, mentored by the late Jana Novotna. Nadal and Djokovic will on Friday face off for the 58th time in a storied rivalry, which began with their first ever meeting at Roland Garros in the 2006 quarter-finals. World number one Djokovic has the edge at 29-28, but Nadal enjoys a 7-1 record in their French Open encounters and is 19-7 on clay against the Serb. Djokovic's last win over the Spanish star on a clay court was in Rome five years ago. "We know each other well. Everybody knows that in these kind of matches anything can happen. But it is a semi-final. It's not a final. That's a big difference," said Nadal. His record in Paris now stands at 105 wins against just two losses. One of those defeats, however, was at the hands of Djokovic in 2015. "Rafa is the biggest rival I've ever had in my career. The anticipation for the match against him, any match, any surface, any occasion, is always different from any other," said Djokovic. Do you like the content of this article?
Read More

Saudi curbs hajj as Germany locks down district after abattoir...

Fauci confident in vaccine efforts, predicts no more US...

Top US virus expert warns of 'serious problem' as cases...