LOS ANGELES - The weeks building up to Hollywood's awards season are usually a whirlwind of glitzy Los Angeles parties, lavish celebrity "gifting suites" and the raucous Golden Globes themselves -- but not this year. 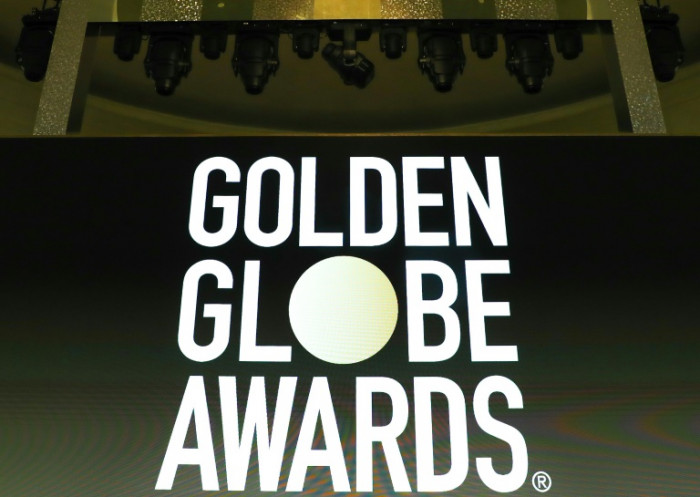 World Party's over: Covid-hit Hollywood cuts the award season glamour published : 27 Feb 2021 at 10:45 writer: AFP The Golden Globes will be bi-coastal this year, hosted in part from the Rainbow Room in New York, seen here LOS ANGELES - The weeks building up to Hollywood's awards season are usually a whirlwind of glitzy Los Angeles parties, lavish celebrity "gifting suites" and the raucous Golden Globes themselves -- but not this year. Not even Tinseltown's glamorous galas could avoid being turned upside-down by the coronavirus pandemic. "If a studio has a hot film, they will throw a lot of events, and invite people to attend to honor the filmmakers," said Variety awards editor Tim Gray. "Those films seem to become serious contenders because there's so much attention (given) to them. "I haven't been to any events this year, in honor of a film." Hopes of a return to the "normal" carousel of VIP Q&A sessions and elite soirees designed to entice voters were dashed long ago, as California was slammed by a staggering winter Covid-19 outbreak. Tinseltown publicists -- accustomed to throwing expensive celebrations at iconic landmarks from the Four Seasons to the Chateau Marmont -- have had to improvise. As with many things around the world, that has meant honing their Zoom skills, and shifting almost everything online. While the famous Sunset Strip is adorned with its usual giant "For Your Consideration" movie billboards, voters are staying home to watch nominated films while journalists interview actors on their laptops. "I have been really strict about not doing any in-person gatherings. And the studios and networks have been very accommodating, actually," said The Hollywood Reporter's awards columnist Scott Feinberg. "Everyone's just had to adapt." Meanwhile the Globes themselves -- typically marketed as Hollywood's champagne-soaked "party of the year" -- are being held on Sunday largely as a remote event in Beverly Hills and New York, with most nominees expected to learn their fate from home. "Life does go on, as best as we can... the only other option is to cancel everything and that would just kind of send a bad sign, like you know you're waving a white flag," Eugene Levy, star of "Schitt's Creek," told AFP. "That's what artists do -- we adjust," added "The Flight Attendant" actress Merle Dandridge. "Everyone is learning how to manage, how to go on with life in their own way. We try to continue the traditions." - 'Glasses of booze' - At Sunday's ceremony, nominees are expected to be encouraged to adopt a lighter tone than they would at the po-faced Oscars. "Probably you'll see some glasses of booze there, that you wouldn't see if it was the Zoom Oscars," said Feinberg. "Because the whole thing with the Golden Globes is that it's all a little bit silly." But the Globe-awarding Hollywood Foreign Press Association has a long-standing and oft-mocked reputation of simply handing statuettes to the biggest stars in the room. "They like their stars, but their stars ain't gonna be in the Beverly Hilton ballroom this time," said Deadline awards columnist Pete Hammond. "I just think it's going to be a subdued party atmosphere. They're really going to have to force the fun." Among some of the actors -- who would typically face a draining marathon of palm-pressing events, and an ever-growing number of award ceremonies, around this time -- there is even a palpable sense that they're enjoying the red carpet reprieve. Amanda Seyfried, a supporting actress frontrunner for "Mank," told an online panel she plans to spend the night at home with "everybody in my life, even my dog," adding that her four-year-old will be allowed to "stay up as late as she wants." "Since it's in the middle of the night, I'll probably be in bed with the top half of a tuxedo on and my PJs on the bottom," added British actor Nicholas Hoult, nominated for "The Great." - 'Bittersweet' - But among those just breaking into Hollywood's upper echelons, the absence of networking events and coverage opportunities could hamper future career prospects -- and mean missing out on all the fun perks. Nathalie Dubois typically hosts "gifting suites" at five-star hotels in the days ahead of the Globes. In a normal year, celebrities come to be pampered with massages, drink champagne and choose from a dizzying array of free gifts from jewelry to luxury holidays, ahead of the awards shows themselves. Companies providing the freebies hope that influential A-listers will give priceless exposure to their products. This year, Dubois' company DPA set up a "drive-through" event, where celebs can have goodie bags placed in their trunks and accept stays at swank hotels in Tahiti through their car windows. "Talking to those people, it's bittersweet," she told AFP. But "we cannot put precious stones in the gift bags, you know?" she added, noting that she also held back some freebies for emergency health workers this year. Still, many celebrities like Levy and Dandridge were happy to attend the toned-down giveaway. "I guess we are the only thing happening this week," Dubois said. "It's the social event of the week!" Do you like the content of this article?
Read More

Vilified to vindicated - what next for Kaepernick?