WASHINGTON: Forget Google Maps -- sharks can read the Earth's magnetic field like a GPS navigator to find their way, a study in Current Biology showed Thursday. 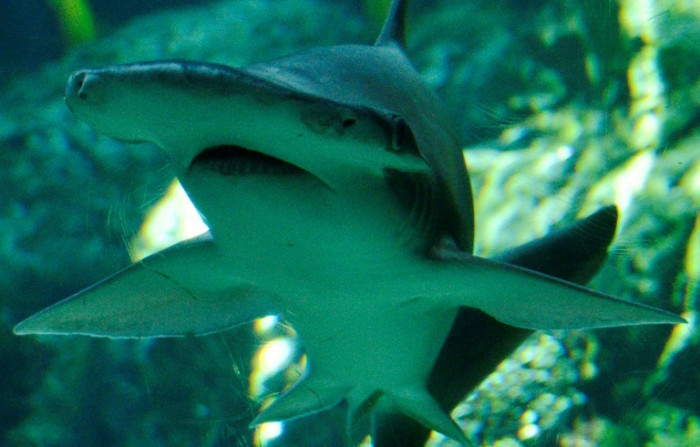 World Nature's GPS: Sharks read magnetic fields for directions published : 7 May 2021 at 07:45 writer: AFP Research on bonnethead sharks has revealed that sharks can glean their position and orientation using the magnetic field generated deep within our planet. WASHINGTON: Forget Google Maps -- sharks can read the Earth's magnetic field like a GPS navigator to find their way, a study in Current Biology showed Thursday. Lead author Bryan Keller told AFP the paper vindicates a decades-old theory about how the aquatic predators are able to migrate vast distances, swim in arrow-straight lines, and return to their precise point of origin. Sharks are also known to have a fine-tuned electrosensing ability that helps them detect prey. All these factors led scientists to believe that sharks -- like sea turtles and certain other species -- can glean their position and orientation using the magnetic field generated deep within our planet. But there had been no way of proving it, until now. For their research, Keller, project leader of Save Our Seas Foundation Florida, decided to study a small member of the shark family, called bonnetheads, that are native to the Gulf of Mexico. "The bonnethead returns to the same estuaries each year," said Keller, a biological oceanographer at Florida State University Coastal and Marine Laboratory. "This demonstrates that the sharks knows where 'home' is and can navigate back to it from a distant location." The team caught 20 juvenile bonnetheads then exposed them to a device called a Merritt coil -- a wooden cube with vertically and horizontally arranged copper wiring running along it, and a shark tank at the center. The device was used to simulate magnetic field conditions that corresponded to different locations on Earth, hundreds of kilometers from where the bonnetheads were caught. As predicted, the sharks oriented themselves northward when the magnetic conditions simulated a position south of where they were caught. They didn't orient themselves in any direction when the coil told them they were already at their home. "This work provides clarity for how they maintain navigational success," said Keller. He added that it was unlikely that bonnetheads evolved this ability independently of other sharks, and the finding illuminated impressive feats among its cousin species. "The great white, for example, has been shown to migrate from South Africa to Australia, returning to the same tagging site the following year in South Africa," he said. This movement was over 20,000 kilometers over nine months with the animal displaying an "incredibly straight swimming trajectory." Keller said in future studies he'd like to explore the effects of magnetic fields from human sources, such as submarine cables, on sharks. Do you like the content of this article?
Read More

Dogs bark ferociously at each other through gaps in a fence

US police officer charged in Floyd death to appear in court

Cambodia PM says ruling party to dominate for up to 100...

US and Russia to resume nuclear talks, but China casts...