PARIS - The jury is still out on Napoleon Bonaparte. He modernised France and won some of the most famous battles in history, but he also enshrined the subordination of women into law and re-established slavery. 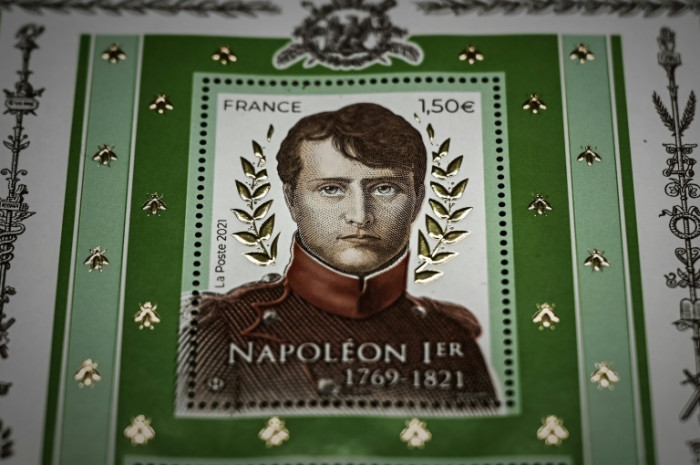 World Napoleon: Military genius or sexist, slaving autocrat? published : 4 May 2021 at 10:45 writer: AFP The legacy of Napoleon Bonaparte, whose death 200 years ago will be marked on May 5, still divides opinion PARIS - The jury is still out on Napoleon Bonaparte. He modernised France and won some of the most famous battles in history, but he also enshrined the subordination of women into law and re-established slavery. Ahead of Wednesday's bicentenary of his death in exile on the remote island of St. Helena, we ask if the man who dominated Europe and declared himself an emperor was a hero or villain... - Military strategist - Both before and after he rose to power in 1799 in a military coup, Napoleon clocked up a series of historic victories, most notably the Battle of Austerlitz. Considered a military genius, he controlled every detail of the battlefield, with an attack-based formula playing on the enemy's weaknesses. Even today, his methods are studied in military academies around the world. - Built modern state - Napoleon's main legacy after coming to power was the creation and development of a modern, powerful, centralised state with a set of rules applied across national territory that became a template for today's government. Some of the institutions he created are still present in France today. - Civil code - Another of Napoleon's undoubted successes was the civil code, which became the basis of many legal systems. Promulgated in 1804, it made all people equal before the law. In so doing, he crowned one of the achievements of the French Revolution, bringing feudalism to an end. - Equality... except for women - Now for the less glorious sides of his legacy... Napoleon was "one of the biggest misogynists" to walk the Earth, according to France's Equality Minister Elisabeth Moreno. The civil code enshrines the power of the man of the house over his wife and children, and lays down that the wife must obey her husband. And under an 1810 Napoleonic law, a man could not be punished for murdering his adulterous wife if she was caught in the act at home. - Re-established slavery - The revolution abolished slavery in the French colonies in 1794 but Napoleon re-established it in 1802 when Britain handed back the Caribbean island of Martinique where the practice had remained in place while in English hands. It is the heaviest stain "against Napoleon's memory", writes historian Jean Tulard, while arguing that slavery was still rampant everywhere else and that Napoleon acted for economic reasons. - Buried the republic - Opponents of Napoleon also question whether modern-day France should be celebrating the man who sounded the death knell for the country's first attempt at republicanism after the revolution. The military coup that brought Napoleon to power led to the proclamation of the French Empire in 1804. But supporters argue the coup safeguarded the achievements of the revolution, and that while Napoleon's style was authoritarian, he was backed by popular votes. - Inspired dictators - Historians also debate whether Napoleon was a model for 20th-century dictators such as Hitler, Stalin, Mao and Mussolini. "His authoritarianism... his sense of a strong state, his contempt for the parliamentary system, his imperialism and also his genius for propaganda all lead us to believe this," Tulard writes. But, the historian adds, Napoleon "did not have the same murderous ideology nor the racist fervour of (some of) those touted as his successors." Do you like the content of this article? (1)
Read More