Myanmar has imposed a ban on imports of five Thai drinking products sent by land from Thailand, but will allow imports of these products by sea. 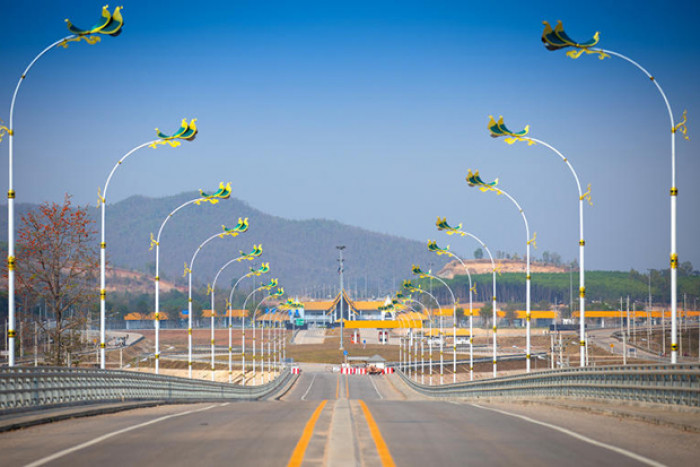 Business Myanmar curbs drink imports Products must be sent by sea published : 2 May 2021 at 06:00 newspaper section: News writer: Post Reporters A new Thai-Myanmar Friendship Bridge over the Moei River in Mae Sot district of Tak. (Highways Department photo) Myanmar has imposed a ban on imports of five Thai drinking products sent by land from Thailand, but will allow imports of these products by sea. Starting from Saturday, the ban applies to soft drinks, fruit juices, ready-to-drink coffee, condensed sweetened milk and fresh milk sent by land. However, these products can be exported via ship to Myanmar, which means higher export costs for Thai businesses. A letter concerning the ban, which was sent by Myanmar's Trade Department to Myawadee customs office, opposite Tak's Mae Sot district, was received by Thai authorities via the local coordination committee. The move comes after a substantial increase in drink exports to Myanmar earlier this year. Between January and February, the value of exports of drinks to Myanmar increased by 10% to 2 billion baht, according to the Commerce Ministry. Thai drink exports are valued at 10 billion baht a year and the products are usually sent to Myanmar via land through three border checkpoints in Chiang Rai's Mae Sai district, Tak's Mae Sot district and Ranong. The reason for the ban is not clearly known but the decision is believed to be related to the political mayhem in the neighbouring country. Last week when reports about the ban emerged, Commerce Minister Jurin Laksanawisit said he planned to hold talks with Myanmar over the matter to avert possible damage to local businesses. The news prompted Thai businesses to quickly import many products to Myawadee in recent days, causing congestion at the Thai-Myanmar border checkpoint. Meanwhile, Myanmar exporters of maize products have petitioned the plant quarantine station in Tak's Mae Sot district to relax regulations on imports of the products, local officials said yesterday. The petition involves a letter dated March 29 from the Department of Agriculture that maize products must be free of grain moth and other insect pests or they will be sent back and destroyed. The maize products must be disinfected by one of the six firms authorised by the department. The Myanmar operators said the authorised firms have no representatives in Mae Sot and the pesticide required for use is not available in the district either. The regulation will add extra costs. Do you like the content of this article? (1)
Read More

Quarantined workers 'must be paid'

Gojek, the force behind GET