… As for foreigners in Thailand, the government has said that expats … Mo Phrom today using my Thai ID. The app worked … who are members of the Thai social security system – those … Failing that, wait for the Thai government to release more information regarding … 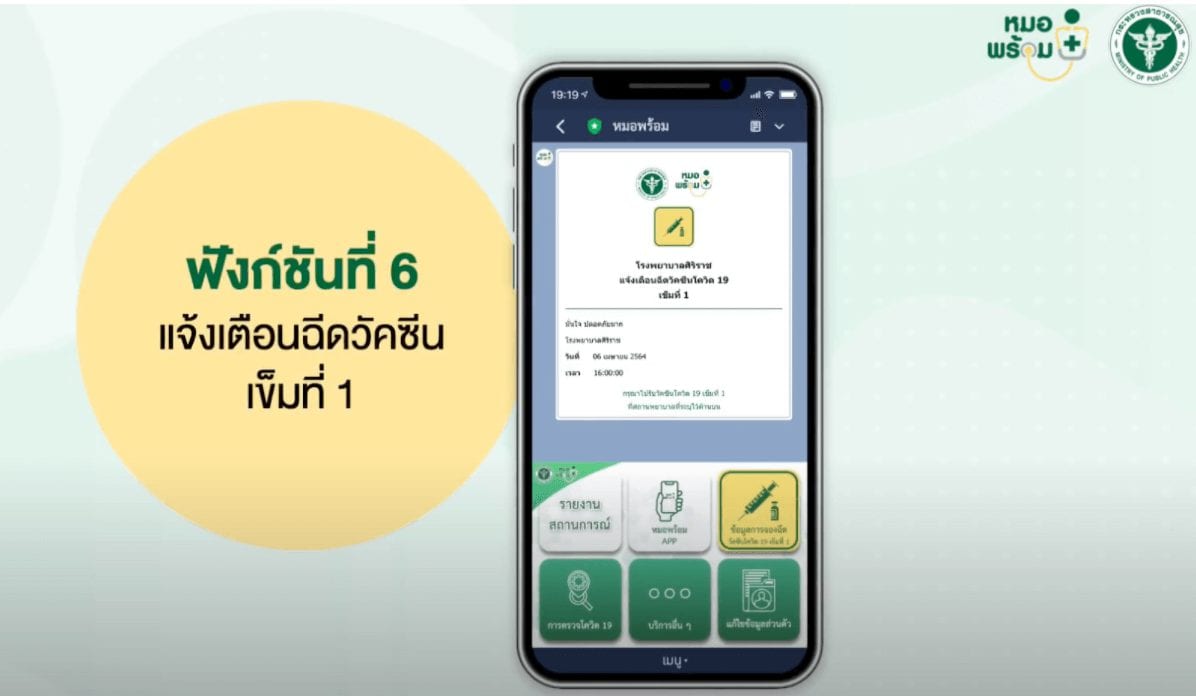 Mor Prom: Thailand’s vaccine registration app suffers technical issues after launch By Paul Andrews - May 3, 2021 201 The online platform that people in Thailand can use to register to receive the COVID-19 vaccination has been experiencing repeated technical issues since its launch on Saturday (May 1). Due to overwhelming demand, the “Mor Prom” platform suffered several outages as users flocked to book a vaccination appointment. At the time of posting close to 400,000 people had registered to receive the vaccine but it was estimated that more than one million people had been unable to register due to the platform being knocked offline. The Mor Prom (‘Doctors Ready’) platform was launched on Saturday and is available via the Line messaging app or as a standalone Android app. The Ministry of Public Health launched the app in order for the first group of vulnerable people to book an appointment to receive the vaccine. Health officials say ‘vulnerable people’ are the eldery and those who suffer from one of a number of chronic diseases, including cardiovascular disease, severe chronic respiratory disease, cancer, chronic kidney disease, stroke, obesity and diabetes. There are almost 12 million elderly people eligible to receive to register for the vaccine and around 4.3 million people who suffer from chronic diseases. People in these groups until the end of May to register for the vaccine before jabs start being administered on June 7. As well as using the Mor Pro platform, people can also register to receive the vaccine at all government hospitals and some private owned hospitals. The second group, which is people under the age of 60, will be able to register from July with their vaccines being administered from August. As for foreigners in Thailand, the government has said that expats will be included in the country’s vaccination program. However, exact details of when foreigners in Thailand can expect to receive the vaccine, and which brand of vaccine that will be, have yet to be announced. Over the weekend, there were numerous reports on social media of expats being able to use the Mor Prom platform to book an appointment to receive the vaccine. One of those who successfully booked an appointment was expat of thirty years and author of the first Lonely Planet guide to Thailand, Joe Cummings. Joe posted on Twitter to say he was able to register to receive the vaccine as he has a pink ID card for foreigners. Other people who are members of the Thai social security system – those with work permits – were able to register using their social security number. For foreigners who are aged over 60 and have underlying health conditions but who do not have a pink ID card or a social security, the advice is to try and register the nearest government hospital. Failing that, wait for the Thai government to release more information regarding the general rollout of the vaccine to foreigners in Thailand comments Centara Grand Beach Resort & Villas Hua Hin
Read More

Banyin due in court despite escape fear