WASHINGTON - JBS, one of the world's biggest meat processors, has paid bitcoin worth $11 million in ransom to hackers to prevent any further disruption after a paralyzing cyberattack believed to have originated in Russia. 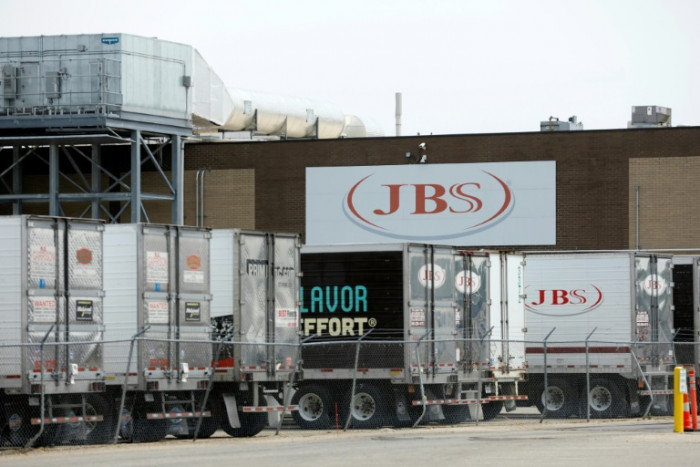 Business Meatpacking giant JBS pays $11 million to ransomware hackers published : 10 Jun 2021 at 12:45 writer: AFP JBS, one of the world's biggest meat processors, says it has paid the equivalent of $11 million in ransom after a cyberattack. WASHINGTON: JBS, one of the world's biggest meat processors, has paid bitcoin worth $11 million in ransom to hackers to prevent any further disruption after a paralyzing cyberattack believed to have originated in Russia. Hackers targeted the computer systems of Brazil-based JBS last week, impacting production and operations in the United States, Australia and Canada, and issued a ransom demand to the global meatpacking giant. The company's US subsidiary said Wednesday it had paid the equivalent of $11 million to the attackers. "This was a very difficult decision to make for our company and for me personally," said Andre Nogueira, CEO of JBS USA. "However, we felt this decision had to be made to prevent any potential risk for our customers." The company said it made the payment "to mitigate any unforeseen issues related to the attack and ensure no data was exfiltrated." Nogueira told the Wall Street Journal that the ransom was paid in bitcoin. The JBS hack was the second major ransomware attack on a major US entity in recent weeks. A cyberattack in May forced the temporary shutdown of the huge Colonial fuel pipeline network in the eastern United States, and sparked panic buying in some states. Colonial paid $4.4 million in ransom to Russia-based group DarkSide to regain control and restore operations. The US Justice Department later recovered $2.3 million in bitcoin, tracking the ransom payment as it moved through multiple anonymous transfers and eventually seizing it from a cryptocurrency wallet. The White House has not blamed the Kremlin directly for the recent ransomware attacks, only suggesting that criminal groups are operating from inside Russia. However, President Joe Biden's press secretary Jen Psaki said "responsible states do not harbor" cybercriminals. Cybersecurity experts say many independent ransomware extortionists appear to be located in Russia or former Soviet satellites in eastern Europe. The attacks have grown so frequent that the issue has been elevated in seriousness in the Justice Department to the level of terror attacks. Recent ransomware targets include local governments, hospitals, insurers, and even a ferry service in Massachusetts. At least $18 billion was paid to ransomware attackers last year, according to the security firm Emsisoft. It has found "tens of thousands" of victims so far in 2021. Do you like the content of this article?
Read More

Work dries up for Jordan's donkeys as coronavirus cripples tourism

Luckin Coffee sticks by chairman despite scandal over fake...