London property buyers should take note of Imperial College’s latest redevelopment plans for North ActonImperial College London has requested proposals from Frame RE, a leading design collective, for a GBP1 billion redevelopment of Carphone Warehouse’s headquarters in North Acton. According to Estates Gazette, plans will feature a massive mixed-use dev…June 17, 2021 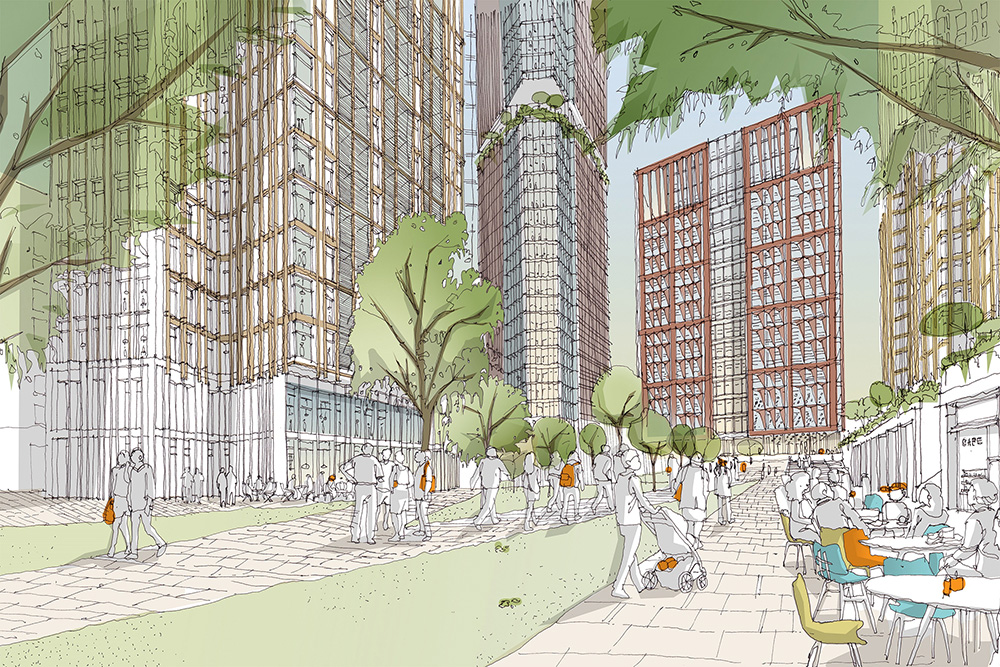 Imperial College London has requested proposals from Frame RE, a leading design collective, for a GBP1 billion redevelopment of Carphone Warehouse’s headquarters in North Acton. According to Estates Gazette, plans will feature a massive mixed-use development with 1,400 units along with a new office for the site’s current tenant.

Frame RE Director Yair Ginor believes the redevelopment can bring new life to North Acton, an area already undergoing substantial transformation. There has been significant building around the site in recent years, but it is closed off from the rest of the neighborhood.

“This site was the empty heart of the whole area. We realize that it is our responsibility to create a new heart for this place and create a neighborhood to eat, play and sleep in,” Ginor told Estates Gazette . “Our vision is never to create a site with a single use or a single user. We want to see a broad base of users.”

In order to accomplish this vision, it will incorporate co-living, buy-to-rent and off-plan projects as well as a hotel into the development. Ginor noted this will make North Acton a more attractive destination to residents of all ages.

Imperial College London has been extremely active in North Acton as the university looks to support its 23-acre educational campus at White City, launching two other developments in the area. These focus primarily on student accommodations and flexible office space.

However, the GBP1 billion redevelopment of Carphone Warehouse’s headquarters will broaden North Acton’s appeal. The neighborhood is anchored by Old Oak Common Interchange, London’s only super transport hub which is slated to open in 2026.

Where to buy property in North Acton

Thailand-based investors considering North Acton property should look no further than One West Point . The impressive residential tower is only a few blocks away from Carphone Warehouse’s headquarters which will undergo the aforementioned GBP1 billion redevelopment. Old Oak Common Interchange is also nearby.

The iconic development will stand 54-stories upon completion, making it the tallest residential building in West London. One West Point features an innovative range of amenities that have been tailored to the needs of modern residents. A home here is ideal for either personal use or as accommodation for your child when they are attending university in London.

If you would like to know more about One West Point, it is now possible to schedule a private, one-on-one appointment with Savills Thailand in Bangkok or arrange for an online meeting. During your consultation, you will have the opportunity to learn about One West Point and North Acton. Appointments are available in Thai and English.

Schedule a private appointment for more information on One West Point

PH beach spikers off to Thailand for Olympic qualifiers Philippines

Where were investors buying Phuket villas in 2020?

Here are the Thai developers who have joined the Elite...