WASHINGTON: The IMF and United States on Wednesday gave a boost to the international campaign to raise taxes on wealthy firms that have done well during the pandemic in order to finance recovery efforts. 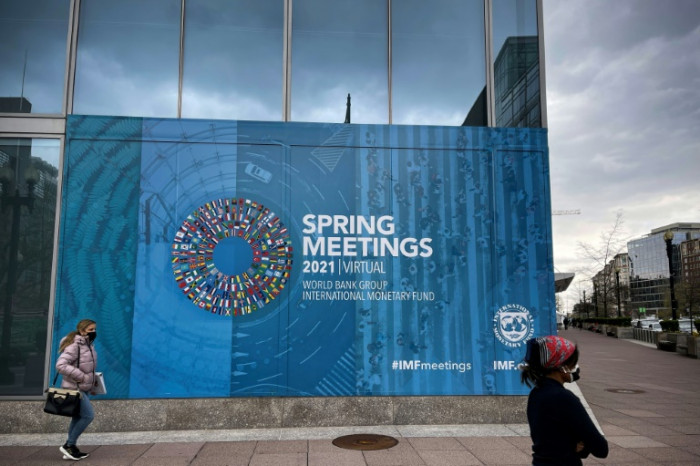 Business International support grows for raising taxes to fund recovery published : 8 Apr 2021 at 07:45 writer: AFP The IMF favours establishing a global minimum corporate tax, as well as raising taxes on the wealthy to fund pandemic programmes. WASHINGTON: The IMF and United States on Wednesday gave a boost to the international campaign to raise taxes on wealthy firms that have done well during the pandemic in order to finance recovery efforts. The renewed support for tax changes comes as G20 finance ministers said they would continue work on a minimum corporate tax aimed at undermining the use of tax havens internationally, with a deal possible by July. The plan also has the support of France and Germany but US President Joe Biden's administration on Wednesday took the first step by announcing it intended to raise domestic corporate taxes and clamp down on loopholes to ensure US companies making huge profits, at home or overseas, pay a minimum amount to the government. "Destructive tax competition will only end when enough major economies stop undercutting one another and agree to a global minimum tax," US Treasury Secretary Janet Yellen said. Yellen this week also said she wants the G20 to reach a global agreement on taxation to prevent firms from evading levies by establishing headquarters in countries with lower rates -- a practice prevalent among tech companies. The IMF backs that idea and also argues that higher taxes on wealthy firms and individuals, even if temporary, could finance policies needed to ensure recovery from the pandemic. "The IMF has been calling for a minimum, global corporate income tax rate as a way to interrupt the race to the bottom in corporate income taxation," said Vitor Gaspar, head of the IMF's Fiscal Affairs Department. US President Joe Biden last week announced plans to raise corporate taxes to pay for a massive $2 trillion infrastructure and jobs program. The US proposal "is in the context of an effort at the global level to combat tax avoidance and evasion and to make sure that large multilateral, multinational corporations pay their fair share in taxation," Gaspar told reporters during the fund's spring meetings. The powerful US Chamber of Commerce however expressed opposition to raising taxes, saying it would "hurt American businesses and cost American jobs." Irish finance minister Paschal Donohoe on Tuesday also expressed "reservations" over the global proposal. Ireland is considered a major tax haven, but Donohoe rejected the notion the country has sought a "race to the bottom." The Organization for Economic Cooperation and Development has been leading the charge on reaching a global tax agreement, and its chief Angel Gurria said there is a "unique opportunity" this year to advance the issue and "ensure the fair taxation of multinational companies, including digital companies." In his statement to the IMF meeting, he said such a deal could increase global corporate income tax revenues by up to $100 billion a year. The IMF also has promoted the option of using a "recovery contribution" or surcharge on personal or corporate incomes given that some major companies have done very well during the pandemic. The IMF said increased tax resources can be used for measures to support national economies, notably aimed at accelerating Covid-19 vaccination campaigns and ending the pandemic, which will generate returns and boost growth. Vaccinations will "more than pay for (themselves), providing excellent value for public money invested in ramping up global vaccine production and distribution," the IMF said in its Fiscal Monitor report. Fund economists calculated that controlling the pandemic sooner than expected -- so that most countries have broad and affordable access to vaccines by early 2022 -- means "stronger economic growth" and more than $1 trillion in cumulative tax revenues for advanced economies by 2025. In the latest forecasts released at the start of the spring meetings held alongside the World Bank, the IMF was more optimistic about global growth this year, projecting a 6% expansion after the 3.3 contraction in 2020 -- the worst peacetime downturn in a century. The IMF said the rapid responses by governments that totaled $16 trillion helped contain the economic damage from the pandemic. But it warned that ending the health crisis remains crucial to a solid recovery, and vaccine distribution to poor countries was "deeply iniquitous." Do you like the content of this article?
Read More