HONG KONG: HSBC on Tuesday vowed to accelerate its Asia pivot despite spiralling tensions between China and the West after it reported a 30% plunge in profits for 2020 caused by the coronavirus pandemic. 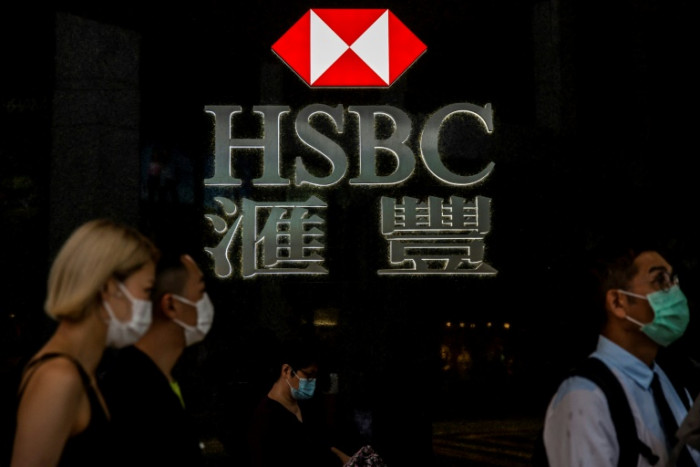 Business HSBC ramps up Asia pivot as pandemic hammers profits published : 23 Feb 2021 at 12:45 writer: AFP HSBC plans to put a new focus on Asia as part of a strategic overhaul. HONG KONG: HSBC on Tuesday vowed to accelerate its Asia pivot despite spiralling tensions between China and the West after it reported a 30% plunge in profits for 2020 caused by the coronavirus pandemic. Reported profit after tax came in at $6.1 billion, which the bank blamed primarily on higher-than-expected credit losses and other bad debts. The results came as HSBC published a new strategy laying out plans to redouble its attempt to seize more of the Asian market -- the region of the world where Europe's largest lender makes the vast majority of its profits. The strategy will see the London-headquartered bank plough some $6 billion into shoring up operations across Asia, with a particular focus on targeting wealth management in the increasingly affluent region. The bank made specific mention of markets in Southeast Asia such as Singapore, as well as China and Hong Kong, and also the Middle East. "We plan to focus on and invest in the areas in which we are strongest," CEO Noel Quinn said in a statement. The global economic slowdown caused by the virus has hit financial giants hard but HSBC has a further headache -- its politically precarious position as a major business conduit between China and the West. HSBC makes 90% of its profit in Asia, with China and Hong Kong the major drivers of growth. As a result, it has found itself more vulnerable than most to the increasingly frayed relationship between China and western powers -- especially after Beijing imposed a draconian security law on Hong Kong last year and cracked down on democracy supporters. HSBC vocally endorsed the security law, a move that led to criticism from lawmakers in Britain and the United States. It has frozen the bank accounts of some Hong Kong democracy activists with Quinn summoned to testify before British lawmakers earlier this month. - 'Challenging' environment - At the same time HSBC has found itself called out by Chinese state media for providing information that helped lead to the arrest in Canada of a top Huawei executive. HSBC says it has to obey the laws in each jurisdiction it operates in. But the dual crises neatly encapsulated the delicate position that a bank so reliant on China has now found itself in. "The geopolitical environment remains challenging -- in particular for a global bank like HSBC -- and we continue to be mindful of the potential impact that it could have on our strategy," chairman Malcolm Tucker said in a statement attached to Tuesday's results. Despite those complications, HSBC looks set to go all in on Hong Kong. According to Bloomberg and the Financial Times, the bank is planning to move three of its top executives from London to Hong Kong in the coming months. The trio collectively head up wealth and personal banking, global banking and markets and global commercial banking. Bloomberg said the move would mean businesses responsible for some 95% of net revenue will soon be run out of Hong Kong. Other major banks have started moving some senior executives away from Hong Kong to rivals cities like Singapore and Tokyo. The latest strategy comes just 12 months after HSBC announced a worldwide overhaul to slash 35,000 jobs by 2022, primarily in its less profitable European and American divisions. The job cuts represent some 15% of the bank's global workforce. HSBC has spent a year in vain looking to sell its French retail arm and the Financial Times on Tuesday reported it was also planning to end its consumer banking business in the US. The bank said Tuesday that adjusted pretax profit was halved in the fourth quarter to $2.2 billion, though that was better than the $1.8 billion forecast thanks to the lender keeping costs down as part of a major restructuring it has already embarked on. It also said it would start paying a dividend, of $0.15, after British officials lifted a ban on payments put in place last year to maintain balance sheets at the height of the pandemic panic. Do you like the content of this article?
Read More