NEW DELHI - India's cricket chief Sourav Ganguly has defended the attempt to hold the Indian Premier League during the country's coronavirus emergency, insisting it was not a mistake. 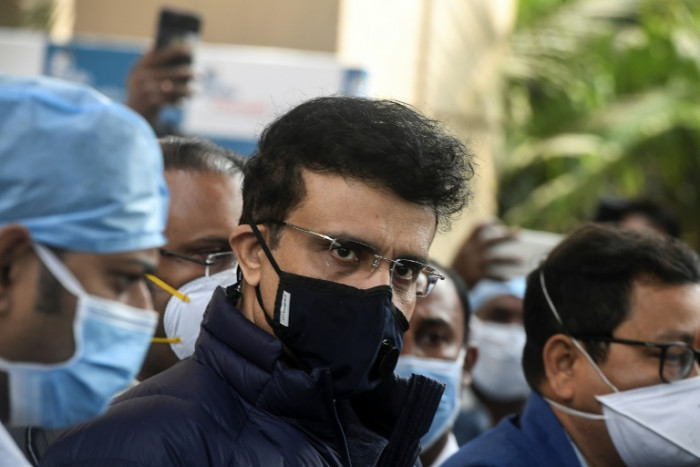 Sports Hosting IPL not a mistake, insists India cricket chief published : 6 May 2021 at 13:45 writer: AFP Indian cricket chief Sourav Ganguly (C) said the number of cases has gone "through the roof" NEW DELHI - India's cricket chief Sourav Ganguly has defended the attempt to hold the Indian Premier League during the country's coronavirus emergency, insisting it was not a mistake. The IPL was only called off because the number of cases "has just gone through the roof", the Board of Control for Cricket in India president told the Indian Express in an interview released Thursday. The BCCI suspended the world's richest cricket tournament on Tuesday after several players became infected. India is reporting nearly 4,000 deaths and more than 400,000 new cases a day. Nearly all the foreign stars have since left. Australian players, umpires and coaches were expected to arrive in the Maldives on Thursday to wait until they can return home without breaking a contentious ban on people who have been in India. India's caseload has gone from 13 million to 21 million since the tournament started on April 9, with record numbers of cases and deaths now being reported each day. Asked whether it was a mistake to hold the IPL in India, Ganguly said: "When we decided, the number was not even close to this. We did the England tour successfully." Some fans were allowed into the Ahmedabad stadium for the final two games of England's four-Test series in March. The BCCI considered holding the IPL in the United Arab Emirates, as it did last year, but stuck with India because the cases were "nothing", Ganguly said. "It has just gone through the roof in the last three weeks. We discussed about the UAE but then decided to do it in India," he was quoted as saying. More than 10 players and back-up staff have tested positive since the eight teams started gathering for the tournament in bio-bubbles. It was called off after four players from Royal Challengers Bangalore, Sunrisers Hyderabad and Delhi Capitals tested positive this week. Press reports said Bangalore's Varun Chakravarthy may have been infected while undergoing tests in a hospital. Ganguly said it was "very difficult to say" how the coronavirus entered the team bubble. He added that "professional hands" had been managing the bio-bubble, but no sport could be pandemic-proof. Ganguly highlighted how there had been cases in the English Premier League football when Britain was suffering a major surge late last year. "Manchester City, Arsenal players got infected. Matches got rescheduled. Because their season is six months long they can do it," he said. "But our season is tight. Since we have to (release) players to their respective countries, rescheduling was difficult." Do you like the content of this article?
Read More