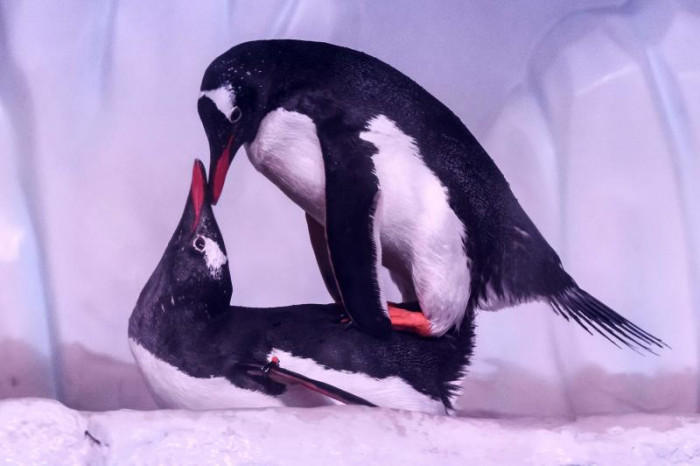 Business Govt targets 3m foreign tourists this year published : 9 Jun 2021 at 16:59 writer: Reuters Penguins mate in their enclosure at the Sea Life Bangkok Ocean World aquarium in Bangkok on April 21, 2021. (AFP photo) Thailand is targeting three million foreign tourists this year, tied to a phased reopening to vaccinated visitors later this year, the state tourism agency said on Wednesday. The target is lower than the four million tourists projected by the Tourism Authority of Thailand (TAT) in April, when the country's biggest coronavirus outbreak so far emerged. After launching a mass vaccination campaign on Monday, the country will allow inoculated foreign tourists to visit Phuket island without a quarantine next month in a pilot scheme before reopening nine other provinces in October, after a year of tight entry restrictions. Most of the three million arrivals are expected in the final quarter, with spending estimated at between 240 billion baht to 300 billion baht, Siripakorn Cheawsamoot, deputy governor of the TAT, told Reuters. Thailand usually attracts three million to four million foreign tourists per month in the fourth quarter, and "we want only a third of that," he said. About 129,000 visitors are expected in the third quarter, he said. There were just 28,701 arrivals in January-April. For 2022, the TAT expects 20 million foreign arrivals to spend 1.3 trillion baht, Mr Siripakorn said. That compares with 40 million in 2019, when tourists spent 1.91 trillion baht. Do you like the content of this article? (4)
Read More

Boeing 737 Max could take off Monday for commercial survival