Alternative food producer Eat Just Inc moved a step closer to expanding sales of its eggs made from mung beans into Europe, a key market for plant-based produce. 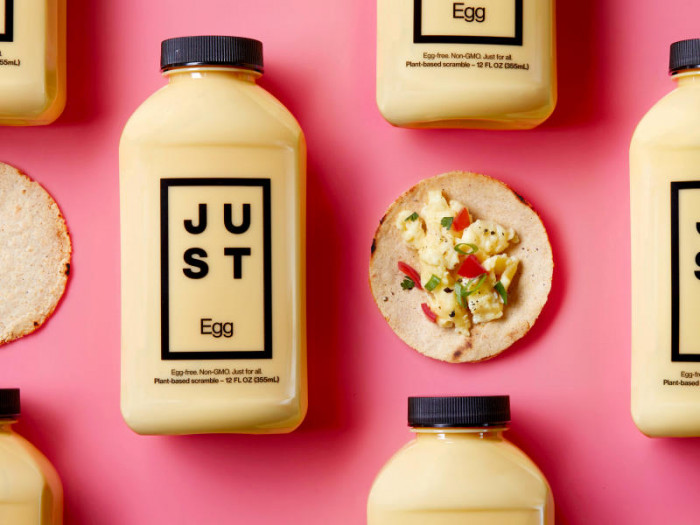 FILE PHOTO: Bottles of JUST Egg, a scrambled egg imitation made from mung beans by plant-based food startup JUST are displayed next to a taco in this handout illustration taken June 28, 2019. (JUST, Inc./Handout via REUTERS/Illustration)

Alternative food producer Eat Just Inc moved a step closer to expanding sales of its eggs made from mung beans into Europe, a key market for plant-based produce.

The European Union’s food watchdog said the product was safe, paving the way for the company to access Europe’s 9.2 billion-euro ($10.7 billion) egg market. Eat Just already sells its fake eggs in North America, South Africa and parts of Asia including China, and is targeting the UK and European markets in 2022.

Consumers are increasingly choosing alternatives to animal products on health concerns and worries over the environmental impact of farming. So far, the market has been dominated by plant-based meat and milk, though more start-ups and food companies are developing faux cheese and egg products.

Eat Just earlier this year said it has sold the equivalent of 100 million eggs. One of its backers is Cargill Inc private equity spinoff Proterra Investment Partners Asia Pte, which announced a partnership to build a manufacturing facility in Singapore last year. The company may be valued at $2 billion, people with knowledge of the matter said last year.

“We think the European market is at least as large as the US, and potentially even larger because there’s an even more progressive, forward-thinking attitude on why sustainable food matters,” Eat Just Chief Executive Officer Josh Tetrick said.

The company mills mung beans into a powder and then uses acids to separate the protein, which is used to make the Just Egg product.

The European Food Safety Authority concluded that the mung-bean based protein was safe, but that it should not be used as the only protein in a diet. While the protein content may be the same, it contains lower-quality essential amino acids than other protein sources like hens eggs and milk, EFSA scientific officer Antonio Fernandez Dumont said in an interview.

The European Commission will have to approve the EFSA’s decision, which usually takes about six months. It will also decide on the conditions of use and labeling.

Other plant-based eggs available in Europe include Zero Egg, which is made with chickpeas and potatoes. Nestle SA is also introducing plant-based alternatives for eggs under its Garden Gourmet brand.

In Thailand, the company Meat Avatar has developed a version of crispy pork, mince and a fried egg made from a base of legumes. The product is available at major supermarkets, including Lotus’s, Villa Market and Home Fresh Mart.