WELLINGTON - New Zealand Rugby confirmed a deal Wednesday for petrochemical giant Ineos to sponsor the All Blacks, in an agreement slammed by environmental watchdog Greenpeace. 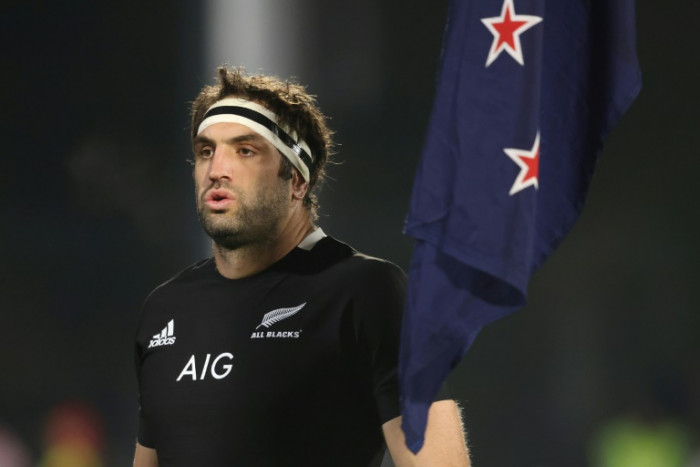 Sam Whitelock, captain of the All Blacks, whose shorts will now carry the Ineos logo

WELLINGTON - New Zealand Rugby confirmed a deal Wednesday for petrochemical giant Ineos to sponsor the All Blacks, in an agreement slammed by environmental watchdog Greenpeace.

Ineos has signed a six-year deal which will put its logo on the shorts of the 15- and seven-a-side men's and women's All Blacks teams as well as the Maori All Blacks and the New Zealand under-20 side.

The tie-up, reported in local media to be worth NZ$8.0 million ($5.6 million), puts the All Blacks into the high-performing Ineos sports stable along with the Mercedes F1 team, Grenadiers cycling team and Team UK sailing, as well as the Nice and Lausanne-Sport football clubs.

However, Greenpeace campaigner Juressa Lee said it was "gutting" to see New Zealand Rugby sign a sponsorship deal with the oil and gas conglomerate.

"Many of our rugby players are of Maori and Pacific descent, and come from communities which are on the frontline of sea level rise and extreme storm events, and they shouldn't be expected to wear the brand of a climate polluter like Ineos," she said.

"We also want to see our people living their dreams donning the black jersey, but now they will carry the Ineos brand, and Ineos is one of the world's worst oil and plastic polluters."

Announcing the deal, New Zealand Rugby boss Mark Robinson had said: "We are committed to nurturing the development of rugby over the next six years with Ineos Sport and are looking forward to working alongside some of the best sports teams in the world.

"Ineos will bring an innovative approach and dedication to the partnership with our Teams in Black, qualities we see across all aspects of their business, particularly around sustainability with their commitment to deliver a zero-carbon emission future in line with the Paris Agreement."

The 2015 Paris climate accord aims to limit temperature rises to "well below" 2.0 Celsius above pre-industrial levels and try to limit them to 1.5C.

All Blacks Captain Sam Whitelock said he welcomed being involved in the Ineos high-performance sport group.

"The All Blacks are looking forward to being part of this performance partnership and learning from some of their incredible sporting partnerships as well," he said.

Cycling to probe object taken from Evenepoel after ravine...

Kiradech has his eyes set on new season