LONDON: El Salvador's approval of bitcoin as legal tender, making it the first country in the world to do so, has delighted cryptocurrency fans but left markets unconvinced. 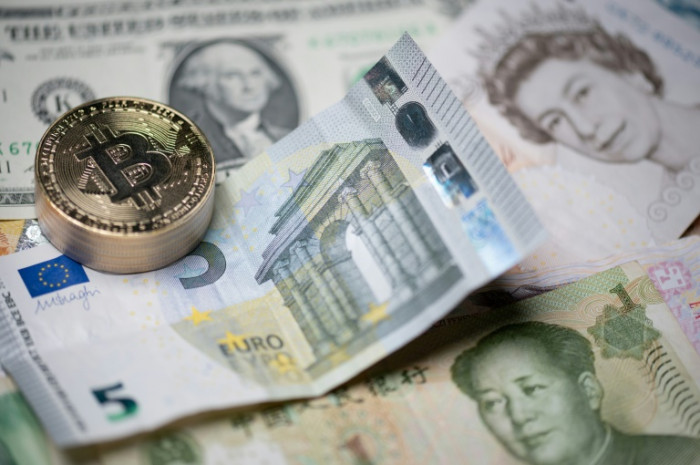 World El Salvador approves bitcoin as legal tender, delights cryptocurrency fans published : 10 Jun 2021 at 12:45 writer: AFP The move by El Salvador to recognise bitcoin as legal tender -- the first nation to do so -- is a highly symbolic step towards greater acceptance of the cryptocurrency. LONDON: El Salvador's approval of bitcoin as legal tender, making it the first country in the world to do so, has delighted cryptocurrency fans but left markets unconvinced. The Central American nation's Congress passed a bill late on Tuesday paving the way for bitcoin to be used in a variety of daily financial transactions from buying property to paying taxes. It is the first time the highly volatile and decentralised cryptocurrency has been recognised by a national government and comes as regulators in Europe, China and North America are moving to contain the market, which has grown tenfold in recent months. "Some larger, more powerful countries are trying to quash or slow the inevitable shift to borderless, global, digital currencies," Nigel Green, chief executive of the financial consultancy deVere Group said. "But this small Central American nation has embraced the biggest one of them all –- bitcoin." Green said the decision made sense for countries like El Salvador, which uses the dollar as its official currency and is interested in finding an alternative that doesn't come with the US currency's political constraints. Paraguayan lawmaker Carlos Rejala Helman wrote on Twitter that his own country had "an announcement" to make on cryptocurrencies soon. Like El Salvador President Nayib Bukele, Rejala has added the bitcoin laser eyes meme to his profile picture, a signal in support of the cryptocurrency's stunning rise in value. - 'Small step' - Charlie Erith from the crypto asset manager ByteTree told AFP as usage increases, especially among the younger and less wealthy, this could lead to a softening of regulations. More moderate than other cryptocurrency professionals in the field, he said the development would be a "small step in the right direction". The cryptocurrency market remains in relatively poor form. While Bitcoin was up 4.2 percent on Wednesday at more than $35,000, recovering from a close of $30,000 the day before, the price is still down 46 percent from its all-time high of $64,870 in mid-April. The move by El Salvador has not pushed the cryptocurrency's value significantly higher as was the case during late 2020 and early 2021, surge when back-to-back adoption announcements by respected financial firms drove the price upwards. "Big endorsements might also have made investors sceptical -– as Elon Musk has demonstrated, if there's an about-turn it can be very self-defeating," Erith said. Musk, the billionaire owner of Tesla, had been a cheerleader for cryptocurrencies in the first quarter on social media, with his car manufacturer announcing it would accept bitcoin as a form of payment as well as investing some of its cash in the cryptocurrency. But he has since changed his tune, oscillating between support and criticism and further fuelling volatility in the market. - Sea of scepticism - "There is a risk El Salvador could simply become an island in a global sea of scepticism about the cryptocurrency," Susannah Streeter, a financial analyst at Hargreaves Lansdown, told AFP. "Already crypto transactions have been banned and Beijing's latest target is social media, with the suspension of crypto-related accounts on the social media platform Weibo." In the United States, authorities announced earlier this week they had seized over half of the $4.4 million ransom paid in bitcoin after the Colonial Pipeline hack, which forced the shutdown of a major fuel network in the eastern US. "The publicity surrounding the ransom and the seizure has shone a light on the fact that one of Bitcoin's primary use cases is as a criminal underworld currency," Streeter said. "By becoming known as a bitcoin haven, the country (El Salvador), which has already faced serious issues with corruption, could attract the wrong kind of investment." Do you like the content of this article? (5)
Read More

TEST YOURSELF: Come fly with me

Formula One unveils eight-race schedule in Europe from...

Watford's Deeney claims every team has 'one gay player'