A 24-year-old man was shot dead and three other people arrested during a clash with police in Buri Ram. 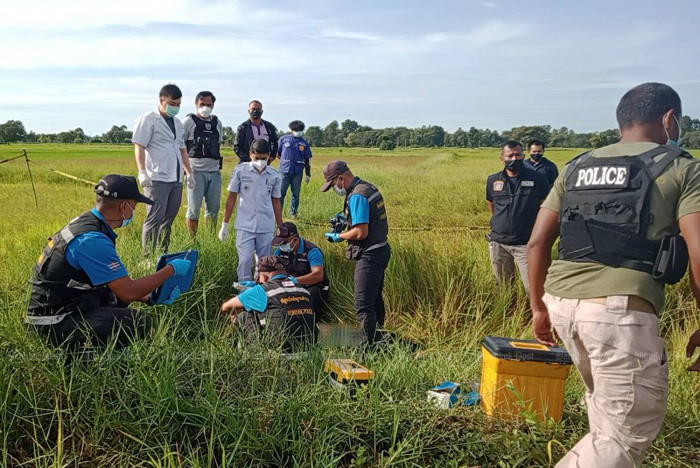 A 24-year-old man was shot dead and three other people arrested during a clash with police in Buri Ram.

The man was killed by a gunshot wound to his body in a rice field.

The clash occurred about 8.30am on Friday.


Three other suspects were caught, two men aged 20 and 25 and a 17-year-old girl. Another two men fled.


A bag left at the scene contained 8,000 meth pills and 200 grammes of crystal meth.


Police said a team had been sent to the area after receiving information a drugs delivery was planned there.


Two cars were found parked at the entrance of a path leading into some trees.


Police saw some people walking out from the bushes , one carrying a bag. When police confronted them, they dropped the bag and fled.  Three were caught. Two men managed to flee.


Another man fled along another path to a paddy field, When police gave chase the man fired a gun at them, according to police, who also said they fired one shot in return which killed him.

CCSA to consider reopening some shops in malls