Cross-border trade to grow up to 6%

Thailand's cross-border trade is expected to recover to growth of 3-6% this year, helped by Covid-19 vaccine distribution and the global economic recovery. 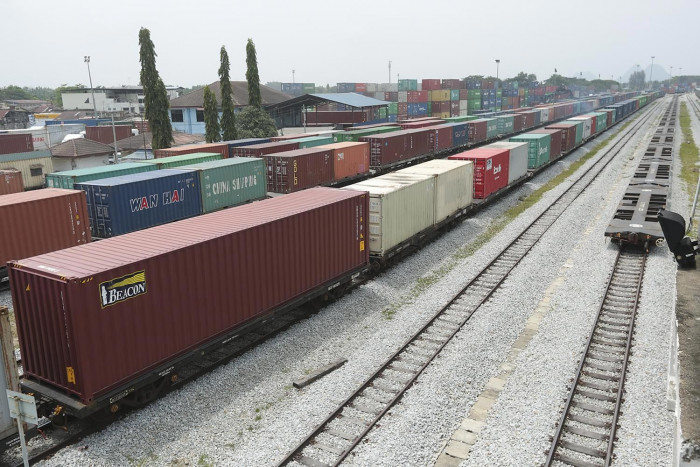 Business Cross-border trade to grow up to 6% published : 27 Feb 2021 at 11:00 newspaper section: Business writer: Phusadee Arunmas Thailand's border trade with four neighbouring countries amounted to 760 billion baht in 2020. Thailand's cross-border trade is expected to recover to growth of 3-6% this year, helped by Covid-19 vaccine distribution and the global economic recovery. According to Keerati Rushchano, director-general of the Foreign Trade Department, cross-border trade, which includes transit trade, is likely to generate 1.36 to 1.40 trillion baht, up from 1.31 trillion baht in 2020. Last year overall border trade, including transit trade, declined 1.7% from the year before mainly because of the pandemic and the closed border checkpoints to curb the spread of the Covid-19 outbreak, in addition to the strong baht. Transit trade involves the passage of goods through more than one country. Of last year's figures, exports represented 766 billion baht, down 2.16% year-on-year, while imports shrank by 1.05% to 553 billion, resulting in a trade surplus of 213 billion. Border trade with four neighbouring countries amounted to 760 billion baht, down 8.01% year-on-year. Malaysia was the biggest partner by value. Two-way trade with Malaysia totalled 249 billion baht (down 9.1%), followed by Laos at 190 billion (down 3.85%), Myanmar at 165 billion (down by 14.7%) and Cambodia at 156 billion (down by 3.15%). Transit trade, mainly with Singapore, Vietnam and southern China, rose 8.41% last year to 559 billion baht. Transit trade with southern China and Singapore went up by 20% and 17.2%, respectively. Transit trade value was 238 billion baht with southern China and 88.7 billion with Singapore. Transit trade value with Vietnam and other countries fell by 1.3% to 172 billion baht. According to Mr Keerati, the key risk factor that may derail border trade growth is the political chaos in Myanmar that will weaken purchasing power there and cause a delay in goods transport. He pledged to accelerate negotiations with neighbouring countries to promote border trade by reopening more border checkpoints that were closed because of the outbreak. Only 39 of 97 border checkpoints are reopened. "We still believe Thailand and neighbouring countries will recover this year. The vaccine inoculations will increase overall consumer and business confidence and restore economic activities that will boost product demand, especially in Malaysia, Laos and Cambodia," Mr Keerati said. Do you like the content of this article?
Read More

90% of Cathay Pacific staff agree to second round of unpaid...