Covid-19 brings tourism, science to a halt on Galapagos Islands

SANTA CRUZ, Ecuador: When the coronavirus pandemic reached South America human activity on the Galapagos Islands, in the Pacific west of Ecuador, ground almost to a halt, leaving giant tortoises, iguanas and other endemic species to themselves. 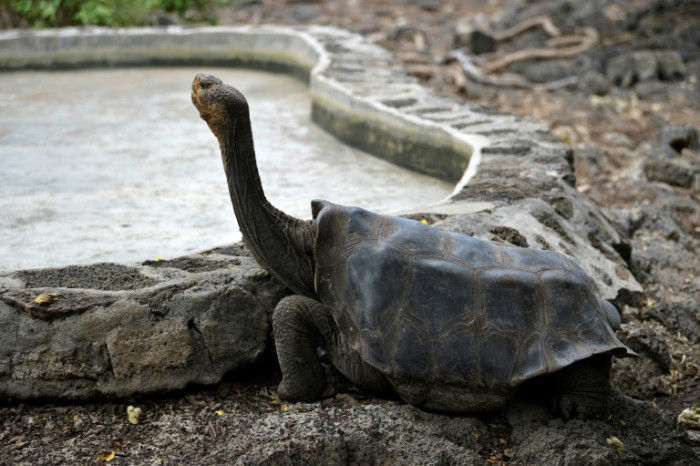 Travel Covid-19 brings tourism, science to a halt on Galapagos Islands published : 28 Apr 2021 at 09:45 writer: AFP One quarter of the 2,900 species on the Galapagos Islands - including the giant tortoise - are endemic to the archipelago. SANTA CRUZ, Ecuador: When the coronavirus pandemic reached South America human activity on the Galapagos Islands, in the Pacific west of Ecuador, ground almost to a halt, leaving giant tortoises, iguanas and other endemic species to themselves. A four-month lockdown starting in February 2020 after Covid-19 was first detected in the region resulted in a total halt of tourism and near complete shutdown of scientific research. "The impact of Covid was very tough .. the shutdown was immediate, from one day to the next," complained Juan Carlos Moncayo, 50, who runs a scuba diving center and had to make his six employees redundant. "We had no time to prepare ourselves." Since July, the archipelago of 234 islands has partially reopened to tourism -- but that has been limited to just 6,000 visitors a month, compared to an average 23,000 before the pandemic. Moncayo's business hasn't recovered. Sometimes his boat sets out to sea with just two customers -- each paying a minimum $160 -- when he needs five to make a profit. Other scuba diving businesses didn't have enough funds to renew their licences. "Out of 12, there are just six left in business," said Moncayo. Even though tourists must present a negative Covid test to come to the islands, "everything has changed because we go out to work, but with a bit of fear." Many businesses have kept their shutters down. Hotels and restaurants are deserted. The tourism sector lost out on $850 million from March 2020 to March 2021, the local tourism chamber estimates. Some 85% of the local economy is dependent on tourism. With the pandemic, airport closures and travel restrictions tourism dropped by 75% compared to the 271,000 visitors in 2019, said Monica Paez, a tourism ministry representative. One lesson she's learnt is the need for tourism that is "based more on durability ... as a natural heritage site for humanity, that's a responsibility we have to the whole world." 'Disneyland for biologists' Scientists, too, found themselves twiddling their thumbs, particularly during the lockdown. "I've never spent so much time without seeing the ocean since I was in my mother's womb," joked Pelayo Salinas, a biologist in Santa Cruz -- one of the four inhabited islands -- and director of the shark project at the Charles Darwin Foundation. Only 30,000 people live on these volcanic islands located around 1,000-kilometres west of Ecuador. The archipelago is home to more than 2,900 species, a quarter of which are found nowhere else. "For a biologist, the Galapagos Islands are Disneyland," added Salinas. But the pandemic "changed our projects, we couldn't go on the ground" any more, the 37-year-old Spanish researcher told AFP. British naturalist Charles Darwin developed his theory of evolution following a long trip that took in the archipelago of 21 volcanoes, including 13 active ones, the tallest of which is the Wolf at 1,707-meters. While Salinas's position meant he was allowed to stay, many foreign researchers and interns were repatriated and more than 100 projects ground to a halt. There was "a direct impact on the scientific program: 60% of research activities planned for 2020 were suspended," said Danny Rueda, the director of the Galapagos National Park (PNG), responsible for 97% of the Galapagos land area and a vast marine reserve of almost 800,000 hectares. Thanks to its 300 forest rangers, the PNG has been able to maintain its "investigative activity ... supervising sharks, marine tortoises' nesting sites, conservation ... of iguanas, sea lions, etc," said Rueda. But "movement from one island to another was not allowed." Park boats have instead been used to transfer Covid-19 patients or move testing equipment. 'Time to breathe' The archipelago has recorded 1,384 cases and 16 deaths from Covid-19, compared to the 375,000 infections and 18,400 fatalities in all of Ecuador, population 17 million. The government plans to vaccinate all adults on the islands by the end of May, making it "the first archipelago in Latin America" free of Covid-19. One unexpected benefit of the lockdown was that scientists have had time to compile and publish their research. "It's given us a chance to breathe, to organize and analyze the data we've compiled," said Paola Lahuatte, 30, another biologist from the Charles Darwin Foundation, who is studying an invasive species of fly threatening 18 bird species.
Read More

Visa cooperates with TAT to expand digital payments as...