Entertainment venues in three Bangkok districts have been ordered closed from April 6-19 to contain the spread of Covid-19. 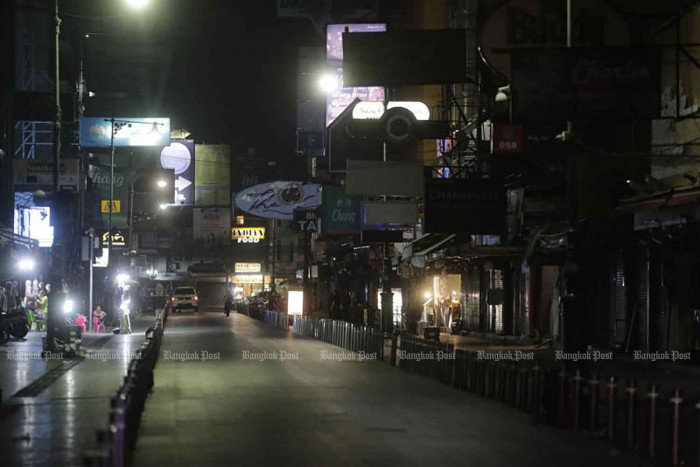 Learning Easy news City bars in three districts shut published : 6 Apr 2021 at 10:06 writer: Gary Boyle ORIGINAL SOURCE/WRITER: Post Reporters Entertainment venues in three Bangkok districts have been ordered closed from April 6-19 to contain the spread of Covid-19. The decision to temporarily close the venues in Klong Toey, Watthana and Bang Khae was reached at the Bangkok's communicable disease committee on Monday evening. The closure affects 196 entertainment places in the three districts. The Public Health Ministry also plans restrictions on other eateries and entertainment venues in Bangkok and surrounding provinces ahead of the Songkran holiday next week after new clusters of infections were detected in bars in the capital. Closing hours will be brought forward from 11pm to 9pm with a ban on the sale of alcohol. Department of Disease Control (DDC) director-general Opas Karnkawinpong said the number of Covid-19 infections is expected to rise after new clusters of infections were detected in a Narathiwat prison and Bangkok bars. Bangkok, Pathum Thani, Nonthaburi, Samut Prakan, and Nakhon Pathom will be designated as red zones under maximum control. Eateries in the red zone provinces will be allowed to open until 9pm. Customers will be allowed to dine in but no consumption of alcoholic beverages will be allowed. Entertainment venues can open until 9pm. Customers will be allowed to eat in but no alcohol consumption will be permitted. Department stores and shopping malls can still operate as usual, under health and safety protocols . Schools and education institutes will remain open. The new restrictions will be enforced for two weeks and they will then be assessed , Dr Opas said. Vocabulary assess (verb) : to carefully consider a situation, person, or problem in order to make a judgment - ประเมิณ, ประเมิณสถานการณ์ ban : officially not allowed to do something - การห้ามอย่างเป็นทางการ closure (noun) : the shutting down of a school, factory or other business or service - การปิด cluster : group of people, animals or things close together - กลุ่ม communicable disease : a disease that can spread from one person or animal to another - โรคที่สามารถติดต่อได้ consumption : using, eating or drinking something - การบริโภค eatery : a restaurant - ภัตตาคาร protocol : a system of fixed rules and formal behaviour - ระเบียบการ restriction : a rule, action or situation that limits or controls someone or something - การจำกัด, การควบคุม zone : an area that has an important or typical feature; an area where a particular activity is allowed or not allowed - พื้นที่, บริเวณ, เขต Do you like the content of this article?
Read More

Global brands find it hard to untangle themselves from Xinjiang cotton

The cost of reopening the country