WASHINGTON - The Cherokee Nation said Monday it has asked for its tribal name to be removed as a nameplate from Jeep sport utility vehicles and called for a dialogue with the automaker on "cultural appropriateness." 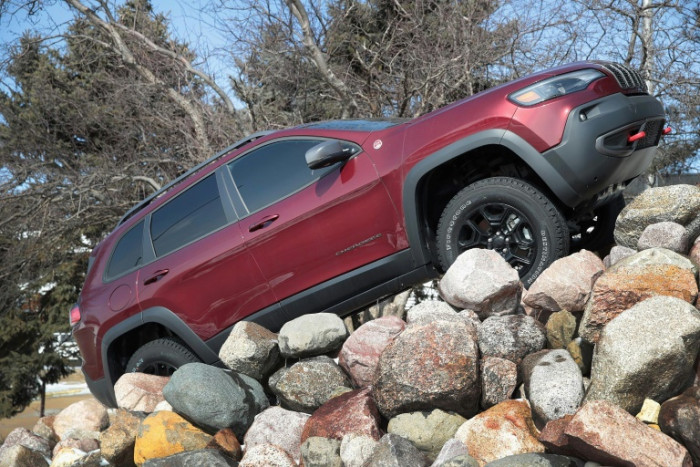 World Cherokee Nation asks Jeep to 'retire' name of SUV published : 23 Feb 2021 at 08:45 writer: AFP Jeep should retire the Cherokee nameplate for its popular SUVs, according to a leader of the Cherokee Nation who argues it's no longer appropriate to adopt Native American names and imagery WASHINGTON - The Cherokee Nation said Monday it has asked for its tribal name to be removed as a nameplate from Jeep sport utility vehicles and called for a dialogue with the automaker on "cultural appropriateness." The Native American group's principal chief Chuck Hoskin Jr asked Jeep's parent firm Stellantis "he does not condone" the use of the name Cherokee on the vehicles, according to a statement. Hoskin made the comments last month in response to an inquiry from Car & Driver and subsequently held a Zoom call with representatives of the automaker who had contacted him, the group said. "I think we're in a day and age in this country where it's time for both corporations and team sports to retire the use of Native American names, images and mascots from their products, team jerseys and sports in general," Hoskin said in his initial statement. "I'm sure this comes from a place that is well-intended, but it does not honor us by having our name plastered on the side of a car. "The best way to honor us is to learn about our sovereign government, our role in this country, our history, culture and language and have meaningful dialogue with federally recognized tribes on cultural appropriateness." The news comes with growing momentum to remove Native American names and images from sports teams in the United States, which many now see as demeaning to the indigenous peoples. Stellantis, the new name for Jeep's corporate parent following the merger of Fiat Chrysler and France's PSA, did not immediately respond to a request for comment. Jeep has been using the Cherokee name since the 1970s but stopped using it for several years before reviving it in 2013. Do you like the content of this article?
Read More

No surprise in Thai PM surviving no-confidence motion - The Thaiger