Former transport minister Chadchart Sittipun is leading other contenders to be the new Bangkok governor in a National Institute of Development Administration (Nida) poll released on Sunday. 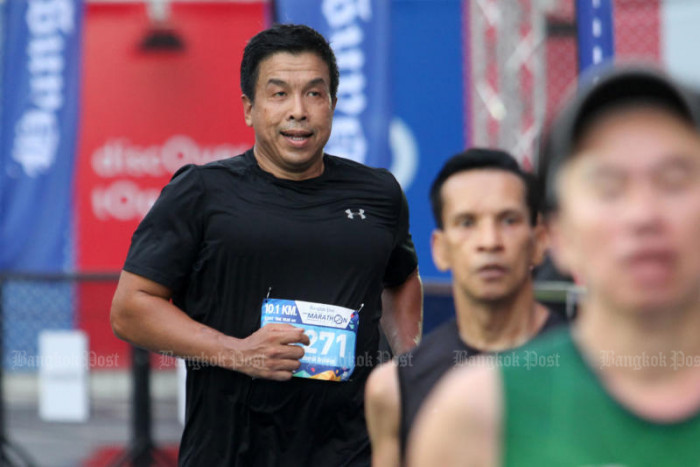 Thailand Politics Chadchart favoured for Bangkok governor: poll published : 7 Mar 2021 at 14:55 writer: Online Reporters Chadchart Sittipan is the current favourite for new Bangkok governor in a Nida poll. (Bangkok Post file photo) Former transport minister Chadchart Sittipun is leading other contenders to be the new Bangkok governor in a National Institute of Development Administration (Nida) poll released on Sunday. The survey showed 22% of respondents supported him, ahead of the 15% backing former police chief Chakthip Chaijinda. Incumbent Bangkok governor Aswin Kwanmuang had only 7% support, with social activist Rosana Tositrakul trailing at 4%. The date for the gubernatorial election has not been announced and only two candidates — Mr Chadchart and Ms Rosana — have formally announced their intention to run. Mr Chadchart worked for then prime minister Yingluck Shinawatra as transport minister, while Ms Rosana is a former senator. Pol Gen Chakthip has not officially declared his candidacy although he has begun campaign activities to woo voters. The poll was conducted last Tuesday and Wednesday on 1,315 people eligible to vote in the election for Bangkok governor. A plurality of respondests – almost 30% – were still undecided about whom they would vote for. A majority – 66% – preferred an independent candidate to a representative of a political party. Traffic was the top issue that Bangkok voters wanted the new governor to tackle – 66% named it as the biggest problem – followed by the cost of living and the environment at 35% and 33%, respectively. Do you like the content of this article?
Read More

How a Box of Crayons Helped to Win The Racism Battle

Thailand sets up committee to look into joining trans-Pacific...