HONG KONG: Cathay Pacific has been warned it could be breaching discrimination laws by the city's equality watchdog, after it fired aircrew who failed to get vaccinated against Covid-19. 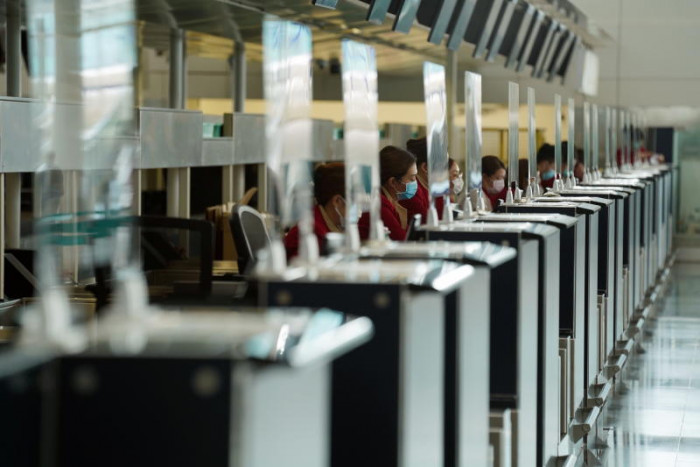 Airline fire aircrew who failed to get Covid-19 vaccine

HONG KONG: Cathay Pacific has been warned it could be breaching discrimination laws by the city's equality watchdog, after it fired aircrew who failed to get vaccinated against Covid-19.

On Monday, Ricky Chu Man-kin, chairman of the Equal Opportunities Commission, said differences in the way the airline's staff were treated could be regulated under the disability discrimination ordinance depending on each case, adding some of those dismissed had already contacted the watchdog.

"If certain staff members feel they were treated differently or being discriminated against - such as being let go - because they could not get jabbed for health-related reasons, they can file an inquiry or complaint to us," Chu told a radio show.

He said mediation, as well as legal action, could be possible if staff were deemed to have a valid case.

Last week, Cathay said it had decided to "part company with a small number of aircrew" who had not received the vaccine by the end of August, and did not provide proof of medical exemption.

The carrier said all of its flights since Sept 1 had operated with fully vaccinated crew.

But some staff have complained they were fired despite health concerns relating to the jab. One flight attendant told the same radio show on Monday she was informed about her dismissal this month, even though she had been seeing a doctor over suspected myocardial diseases and was unsure if she should still get jabbed.

She said she had been sent to hospital in June because of a pain in the chest, but doctors were uncertain about the cause, despite an electrocardiogram finding "issues" with her heart. She added she was expecting to see a doctor later this month.

The attendant said she had submitted her electrocardiogram to Cathay, but was told last week that her contract was being terminated immediately because she was not jabbed, and could not provide proof of medical exemption.

"How would I know whether there would be side effects if I get jabbed because of my conditions?" she said. "This rigid way of letting go of colleagues who are not suitable to get jabbed, or who are unsure if they can get jabbed, is very unreasonable."

She said she would ask the Labour Department for help, adding some other colleagues had approached the Equal Opportunities Commission as well.

Chu, who declined to comment on the attendant's case, said if workers were unable to perform the basic duties of the job without valid medical proof, although dismissal might be one option, transferring to another department was also a possibility.

The watchdog has received a total of 129 inquiries and eight complaints relating to differential treatments because of vaccination statuses as of last month, he added.