PHNOM PENH: The day Kea Sokun was arrested in Cambodia, four men in plainclothes showed up at his photography shop near Angkor Wat and carted him off to the police station. Kea Sokun, who is also a popular rapper, had released two songs on YouTube, and the men said they needed to know why he had written them. 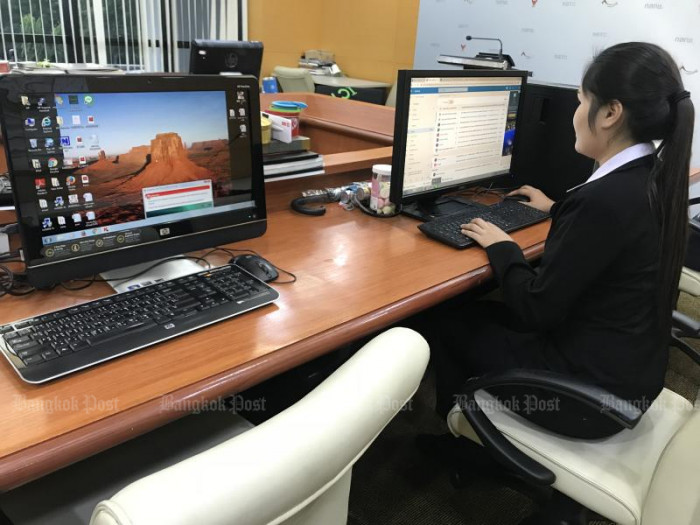 PHNOM PENH: The day Kea Sokun was arrested in Cambodia, four men in plainclothes showed up at his photography shop near Angkor Wat and carted him off to the police station. Kea Sokun, who is also a popular rapper, had released two songs on YouTube, and the men said they needed to know why he had written them.

"They kept asking me: 'Who is behind you? What party do you vote for?'" Kea Sokun said. "I told them, 'I have never even voted, and no one controls me.'"

The 23-year-old artist, who says his songs are about everyday struggles in Cambodia, was sentenced to 18 months in an overcrowded prison after a judge found him guilty of inciting social unrest with his lyrics. His case is part of a crackdown in which dozens have been sent to jail for posting jokes, pictures, private messages and songs on the internet.

The ramped-up scrutiny reflects an increasingly restrictive digital environment in Cambodia, where a new law will allow the authorities to monitor all web traffic in the country. Critics say that the decree puts Cambodia on a growing list of countries that have embraced China’s authoritarian model of internet surveillance, from Vietnam to Turkey, and that it will deepen the clash over the future of the web.

Cambodia's National Internet Gateway, set to begin operating Feb 16, will send all internet traffic — including from abroad — through a government-run portal. The gateway, which is mandatory for all service providers, gives state regulators the means to "prevent and disconnect all network connections that affect national income, security, social order, morality, culture, traditions and customs."

Government surveillance is already high in Cambodia. Each ministry has a team that monitors the internet. Offending content is reported to an internet crime unit in the Ministry of Interior, the center of the country’s robust security apparatus. Those responsible can be charged with incitement and sent to prison.

But rights groups say that the new law will make it even easier for the authorities to monitor and punish online content, and that the recent arrests are meant to further intimidate citizens into self-censorship in a country where free speech is enshrined in the constitution.

"The authorities are emboldened by China as an example of an authoritarian state that gives Cambodia political cover, new technology and financial resources," said Sophal Ear, a dean at the Thunderbird School of Global Management at Arizona State University whose family escaped the Khmer Rouge, a murderous regime that seized power in Cambodia in 1975.

"The National Internet Gateway is merely centralizing what has been a decentralised system of control over Cambodia’s internet," he said. "The outcome will be to crush what little remains of freedom of expression online."

The Cambodian authorities have defended the decree as essential for peace and security, dismissing allegations of censorship or any notion that freedom of speech is under threat. "There is a free press in Cambodia and freedom on the internet," said Phay Siphan, chief government spokesperson. "We encourage people to use the internet, up until it becomes incitement."

Phay Siphan accused rights groups of "spreading paranoia." He said he felt sorry for the young people who had been arrested because they were not speaking for themselves.

"With freedom comes responsibility," he said. "We warn them. We lecture them, make them sign documents, then the next week they post the same things, without taking the responsibility to maintain peace and stability."

Prime Minister Hun Sen, who has been in power since 1985 and has shown great zeal when publicly condemning his political rivals, appears eager to transfer his opprobrium to the digital era. 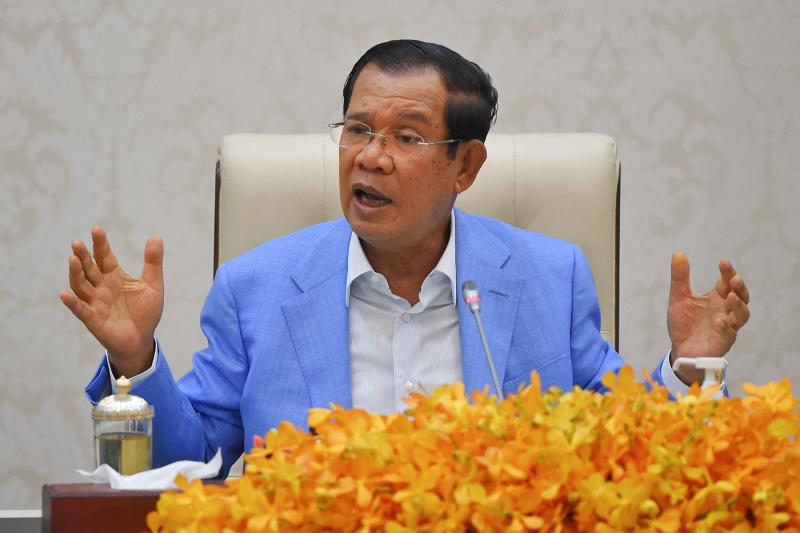 Cambodia's Prime Minister Hun Sen speaks to the media during a press conference at the Peace Palace in Phnom Penh. (Photo: AFP)

When a former monk and activist posted a disparaging poem about the loss of the nation’s forests on the prime minister’s Facebook page, Hun Sen described the act as “extremist” and ordered the police to hunt the man down. He was arrested in October.

In August, a former agriculture professor was sentenced to 18 months in prison for making jokes on Facebook about requiring chickens to wear anti-Covid-19 masks. He was charged with incitement and with defaming the prime minister, as well as the minister of agriculture.

Weeks later, a farmer, frustrated by the government's failed promise to subsidize longan crops while the pandemic kept borders closed to exports, posted a video of tonnes of his annual harvest going to rot. He was sentenced to 10 months in prison.

Of more than 30 arrests made over digital content since 2020, the most publicised one involved an autistic 16-year-old who was released in November. The teenager, Kak Sovann Chhay, had been jailed for comments he made in a chat group on Telegram, a private messaging app.

His father, a senior member of the opposition Cambodian National Rescue Party, which has been outlawed, was in prison at the same time. He had been jailed in 2020 for criticizing Hun Sen on Facebook.

Internet service providers have asked the authorities to provide more clarity about the gateway. Meta, Facebook's parent company, said in a statement that it had "joined with other stakeholders in sharing our feedback on this new law with the Cambodian government, and expressing our strong support for a free and open internet."

"We"re 35 days away from D-Day, and no status update has been delivered by relevant authorities or the private sector itself. That said, we weren't expecting any public transparency as to the implementation of this," Naly Pilorge, director of the Cambodian League for the Promotion and Defence of Human Rights, said this month.

"In the past, the government has tried to block content by requesting private-sector ISPs to remove it, with mixed success," she said. "But the National Internet Gateway gives them a much more powerful tool to crack down on free expression and dissent."

In a bizarre move in September, the prime minister "Zoom-bombed" an online meeting for members of the Cambodian National Rescue Party. He took to Facebook to explain the intrusion: "This entry was just to give a warning message to the rebel group to be aware that Mr Hun Sen's people are everywhere."

"As a civil society organization, we are concerned about this internet gateway law because we fear that our work will be subjected to surveillance or our conversations will be eavesdropped on or they will be able to attend online meetings with us without invitation or permission," said San Mala, 28.

Sopheap Chak, executive director of the Cambodian Centre for Human Rights, said the timing of the new law was unsettling, given upcoming elections.

"There is a real risk that the National Internet Gateway will be used to block and censor dissenting opinions online," she said. "This will hinder Cambodian citizens' ability to make an informed decision on which candidate they deem to be the fittest to rule the country."

Kea Sokun, the rapper, was released in October after serving 12 months in prison. Six months of his original 18-month sentence were suspended to keep him in line, he said, a reminder that he is "not legally free yet."

"Khmer Land," one of the songs that got him arrested, now has more than 4.4 million views on YouTube, and Kea Sokun is already working on his next album.

"I’m not angry, but I know what happened to me is unfair," he said. "The government made an example out of me to scare people who talk about social issues." He said he could have had his sentence reduced if he had apologised, but he refused.