Busanan Ongbamrungphan and Supanida Katethong booked their berths in the women’s singles quarter-finals of the BWF India Open in New Delhi yesterday. 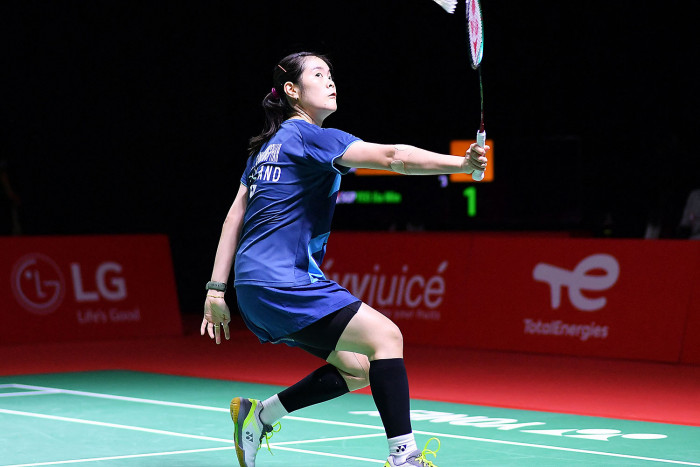 Busanan Ongbamrungphan and Supanida Katethong booked their berths in the women’s singles quarter-finals of the BWF India Open in New Delhi yesterday.

Second seed Busanan defeated Maria Ulitina of Ukraine 21-9, 21-13 and will play American Lauren Lam for a place in the semi-finals of the US$400,000 World Tour Super 500 event.

Top seed and home hope Pusarla V Sindhu also cruised into the last eight. She eased past fellow Indian Ira Sharma 21-10, 21-10 and will face another compatriot Ashmita Chaliha in the last eight today.

Supanida could face Sindhu in the semi-finals.

The fourth-seeded pair defeated Tanishka Deshpande and Shruti Mundada 21-7, 21-9 and will meet Deeksha Choudhary and Yashica Jakhar in the quarter-finals.

The tournament has been hit hard by Covid-19 as the Badminton World Federation (BWF) confirmed that seven players, including men’s top seed Srikanth Kidambi of India, have pulled out after testing positive for the virus.

The players returned a positive result to a mandatory RT-PCR test conducted on Tuesday. Doubles partners deemed close contact of the seven players have also been withdrawn from the tournament.

The players are not replaced in the main draw and their opponents are given a walkover to the next round.

Three teams standing -- a Rugby Championship like no other